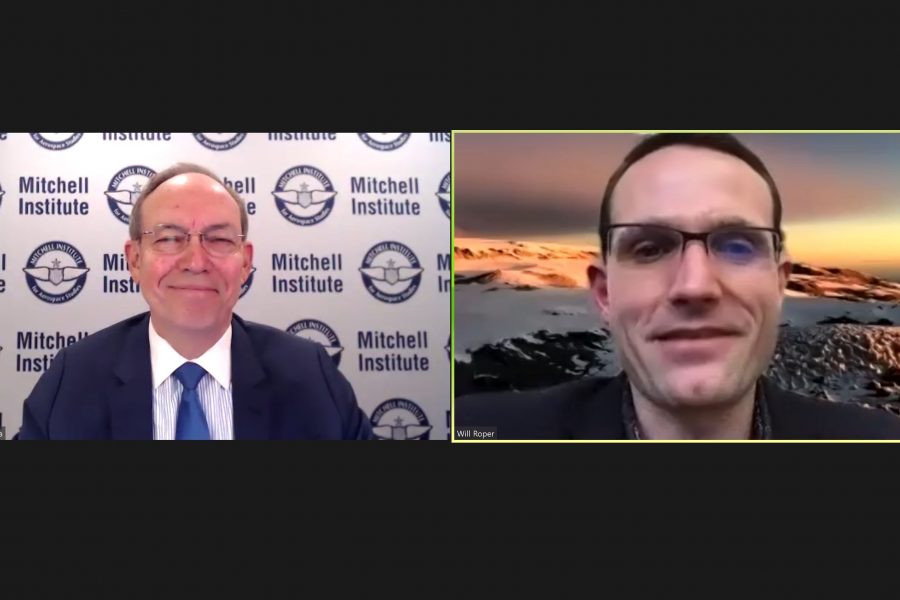 The acquisition strategy for the Next-Generation Air Dominance program will be established in the next few months, Air Force acquisition chief Will Roper reported on June 9.

A program team is still seeking a definitive business case for pursuing the aircraft in the “Digital Century Series” manner instead of using traditional methods. The cost of the aircraft will be measured in effects per year, Roper said, rather than older methods, which have aircraft unit cost as measures of effectiveness.

“I hope to have the acquisition plan of the NGAD rolling into the Digital Century Series this summer, and I don’t want to go more specific than that and create a timeline and drumbeat for the team, because I’ve given them an unprecedented task,” he said.

That task is to compare the costs of designing, developing, testing, building, and sustaining the new aircraft with standard models to show whether it will, in fact, produce substantial savings over older methods. This is nothing less than an order to “re-write the book” on aircraft acquisition, he said.

Roper said his team is looking at life cycle ownership costs of an aircraft, not just the cost to develop and produce the initial version. Cost analyses don’t typically look at sustainment, and especially the cost to modify aircraft to “mitigate obsolescence” over what can be a 30-year or more service life, he explained. He wants a comparison between the standard model, which includes a per-unit cost that is tracked “year-by-year via economies of scale,” and one where “we get greater return on investment for price-per-lethality-per-year.” The team is “very close” to finishing that up, he said.

If the team finds the cost is lower doing digital design, with agile software development and open mission system architecture, and with the understanding the aircraft will be kept more than five years, but “certainly not 30,” Roper said it will be a validation. However, he also suggested that a higher-than-traditional cost won’t deter him from the approach.

A much lower cost using Roper’s approach is “going to really help us. … We’ll show that it’s not only better in a ‘competing with China’ lethality standpoint, it’s just better from a business standpoint.” If the cost is a break-even or only slightly less expensive, “I’ll be exceptionally happy.” But, if it winds up costing more, “and I hope not exceptionally more, then we’re going to have to argue that it’s a better return on investment, year-by-year. My money’s on: it’s going to be cheaper,” Roper said.

No matter what the result of the business case analysis, development won’t slow down, he said. “We have the accelerator down on development,” he reported. “Those two things are going to be in parallel.”

The comparison will measure the Digital Century Series approach against the way the F-16 and F-22 were acquired, among others, he said.

Roper said sustainment is the key. “How long we keep it is a variable,” not usually counted, he asserted.

The Digital Century Series approach is “both about building a better aircraft and also about building aircraft better,” Roper said, acknowledging that he’s frustrated he can’t discuss the NGAD’s details due to classification. “We can’t share the ‘better aircraft’ publicly, I think we could definitely share the ‘building aircraft better,’ … [and] decouple the process from the plane itself,” so more of the program can be debated openly.

This seemed to be a confirmation that NGAD is in fact an aircraft. Senior USAF leaders for several years have played semantically with the idea that NGAD might not be a platform, but a series of networks, sensors, and protective systems making existing aircraft more capable.

However, Roper also said that NGAD will be part of a “family” of aircraft that will make use of common artificial intelligence methods. Among these will be