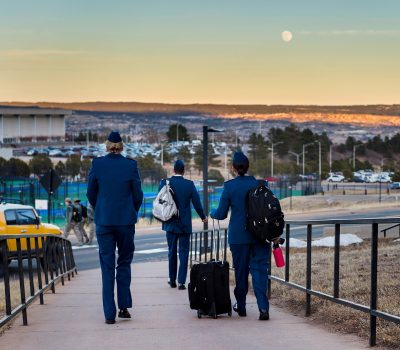 The Latest Coronavirus News Across the Department

By Rachel S. Cohen and Jennifer-Leigh Oprihory
The Air Force authorized telework for most Pentagon-based personnel, canceled all outreach activities and events through May 15, put a hold on most official travel, and sent cadets home from the U.S. Air Force Academy in Colorado Springs, Colo., in response to the COVID-19 outbreak. President Donald Trump declared a national emergency. “Department of Air Force personnel who work on the Pentagon reservation have been authorized to telework when the mission allows in order to disperse the workforce during the ongoing COVID-19 crisis,” an Air Force spokeswoman told Air Force Magazine. “The Department of the Air Force will continue to do our part to mitigate the spread of COVID-19 as we protect the health of our personnel while ensuring complete readiness to defend our nation.” 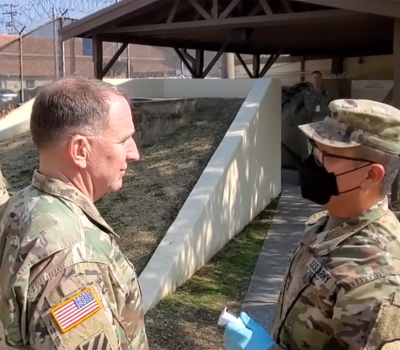 By Rachel S. Cohen
Nine people affiliated with U.S. Forces Korea have tested positive for the COVID-19 virus, including one service member and two dependents of Active-duty personnel, the organization’s commander said March 13. The two latest cases include a Burger King worker and a contractor working on new family housing. All nine people live off base, according to USFK boss Army Gen. Abe Abrams. USFK has been monitoring COVID-19 around the clock with a full operations team since Jan. 27. Abrams praised the organization’s ability to suppress the virus’s spread even as it continues to infect others across the globe. More than 125,000 people had confirmed cases as of March 12, according to the World Health Organization. 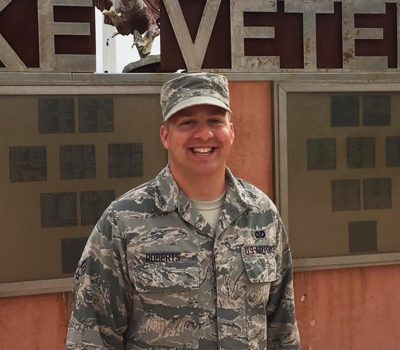 By Brian W. Everstine and Amy Hudson
Two attacks on U.S. and coalition forces at Camp Taji, about 20 miles north of Baghdad in Iraq, show tensions in the region continue to rise. A member of the Oklahoma Air National Guard and a U.S. soldier were killed in the March 11 rocket attack and many more were wounded, the Defense Department announced. U.S. officials say the Iranian-backed group Kataib Hezbollah fired a total of 30 rockets, 12 of which impacted the base. USAF Staff Sergeant Marshal D. Roberts, 28, of Owasso, Oklahoma, was killed in the attack, as was U.S. Army Spc. Juan Miguel Mendez Covarrubias, 27, of Hanford, California, and a British medic. Two days later three more service members were wounded in a second attack on Camp Taji. Two of those troops were "seriously" wounded and are being treated at a U.S. military hospital at the Baghdad International Airport. 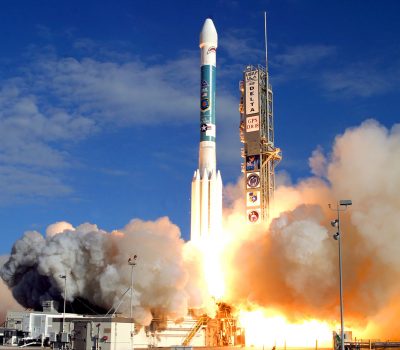 By Shaun Waterman
Faced with a congressional mandate to test its GPS system for cyber vulnerabilities, the Air Force commissioned a digital replica of the satellites and then asked contractors to hack the system. The use of "digital twins" is expanding from modelling in conventional simulators to include testing of emerging technologies and systems, predicting engine performance, or training automated systems to fly a plane.

U.S. Space Force has begun operating a new offensive weapon system, an upgraded version of a ground-based satellite communications jamming system, for the first time in its short history. The first iteration of the Counter Communications System entered U.S. Air Force service in 2004 and the program has now gotten transferred to the newest branch of the American military.

SAIC was re-awarded a $655 million contract for satellite ground systems services that it originally won in January 2019 and was successfully protested by Peraton. The contract awarded by the U.S. Space Force’s Space and Missile Systems Center is for the program known as EDIS (Engineering, Development, Integration and Sustainment). The contractor will modernize satellite ground systems at Kirtland Air Force Base, N.M., and Schriever Air Force Base, Colo.

GAO Sides with AFRL in Protest of Spaceflight R&D Contract

Bill Would Allow Companies to Use Military Logos on Religious Jewelry

A Florida congressman introduced legislation to change a Defense Department policy that prohibits licensees of its trademarked logos from using them alongside religious symbols.

Three B-2A Spirit bombers arrived at RAF Fairford on March 12 for a Bomber Task Force Europe deployment. The first aircraft, 82-1068 “Spirit of New York” arrived in the morning as “MISTY11”, followed, in the afternoon, by 88-0332 “Spirit of Washington” “MISTY 12,” and 82-1070 “Spirit of Ohio” “MISTY 13”. Ben Ramsay of UK Aviation Movies was there and filmed the cool footage that shows the two “black triangles” coming to landing on runway 27.