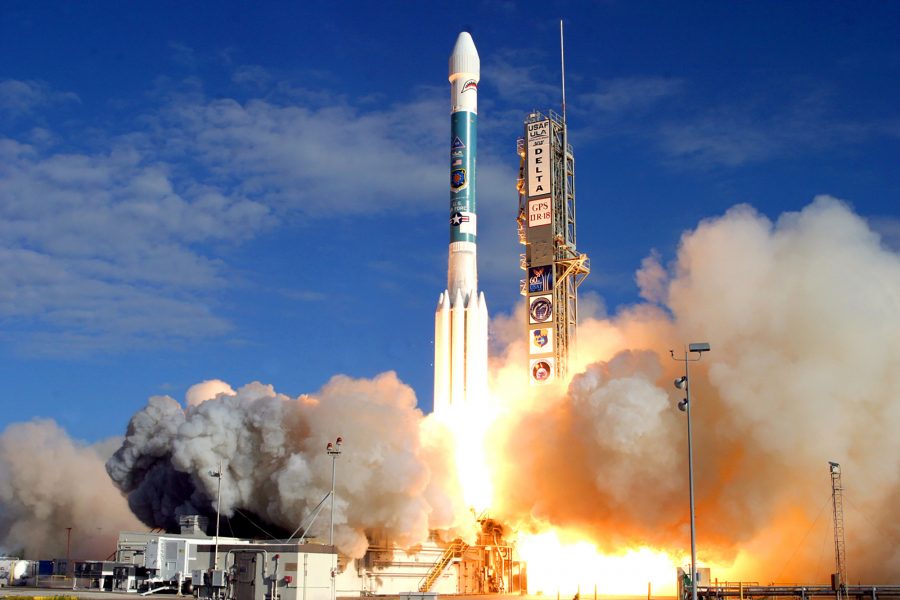 Faced with a congressional mandate to test its GPS system for cyber vulnerabilities, the Air Force commissioned a digital replica of the satellites and then asked contractors to hack the system.

The use of “digital twins” is expanding from modelling in conventional simulators to include testing of emerging technologies and systems, predicting engine performance, or training automated systems to fly a plane.

“The satellite itself was on orbit,” BAH Vice President Kevin Coggins told Air Force Magazine. “So we built this digital model … and then we went looking for vulnerabilities. We did [penetration] testing and we saw what we could discover.”

The SatSim was built by four BAH engineers between June and December 2018, according to a BAH summary of the project, “then transformed into a suite of scalable software applications, which could run on one or more PCs to demonstrate and validate cyber vulnerabilities.”

In an emailed statement, SMC said the digital model meant SMC could run tests “without risking damage to very expensive and resource constrained” satellites, and to confirm that all system components behaved as intended.

As mandated in section 1647 of the 2016 National Defense Authorization Act, the testing was ordered amid growing concern about U.S. dependence on GPS and the nation’s vulnerability to potential breakdowns. GPS systems are used for geo-location and timing for virtually every aspect of U.S. military operations—and many civilian applications, as well. The potential for signals to be jammed, spoofed, or interfered raises serious security concerns.

Neither Coggins nor SMC would comment on the outcome of the tests, which were conducted last year, so it is unclear what kinds of vulnerabilities, if any, were discovered. The 12 Block IIR satellites, launched between 1997-2004, are the oldest part of the GPS system, and are now considered legacy technology. They were designed for a 7.5 year lifespan, but it will be years before they can be decommissioned.

If a vulnerability was found, Coggins said, “They can fix it in future satellites [or] they might be able to come up with workarounds or detection methods in current satellites.” Models can also be used to identify the root cause of an event if something goes wrong.

Modeling By Another Name

“Digital twins” are built on Model Based Systems Engineering (MBSE), which SMC says it has used “pervasively for years” in developing space systems and try out potential system architectures, orbital mechanics, fields of view, signal characteristics, and more.

Elsewhere, the Air Force aims to use digital twins to evaluate competing proposals for replacing the engines on the B-52, foregoing the time-consuming process of conducting multiple competitive test flights.

Air Force Chief Scientist Richard Joseph told Air Force Magazine that the idea of digital models is not new, but two recent advances have led to the concept’s increased acceptance and use:

Crunching all that data at super speed, Joseph said, means, “We’re able to do a better and better job and able to get closer and closer fidelity to the actual performance of the system.”

Even better, virtual systems can run faster than real time, so engineers can simulate a year’s worth of wear and tear on an engine in just a few hours.

That faster-than-real ability is also the key to another new use case for digital twin technology, said Joseph: Teaching artificial intelligence to fly. The artificial intelligence required for autonomous or near-autonomous flight must be trained to identify and understand what’s happening around them and to create the algorithms that know what to do in every given circumstance.

“We have systems today that can run many times faster than real time,” Joseph said, so AI pilots can accumulate thousands of simulated hours within days or weeks, rather than spending months or years as a human must do.