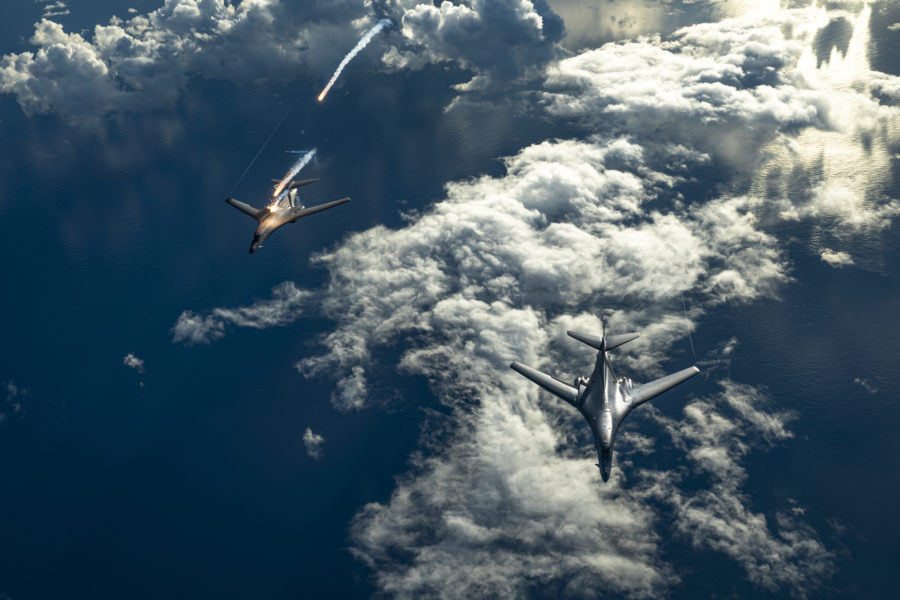 The U.S. could take thousands of casualties but in most cases would ultimately prevail: These were the conclusions drawn from a series of 24 wargames run by the Center for Strategic and International Studies that assessed a scenario in which China attempted an amphibious invasion of Taiwan in 2026.

Wargames are a common way for civilian and military decision-makers to test out strategies or plan for conflict. Often, they are highly classified and their conclusions, methodologies, and assumptions are never publicly explained in detail.

But as Taiwan has emerged as a point of major contention between Washington and Beijing, CSIS took the unusual step of releasing its findings and methodology.

“Classified wargames are not transparent to the public,” an executive summary of the exercise published by CSIS states. “Without a suitable analysis, public debate will remain unanchored.”

The series of wargames, funded by the Smith Richardson Foundation, explored a variety of scenarios with different participants. The rules for the wargames were based on historical data and research, including theoretical weapons performance.

As Beijing has built up its forces and sought to coerce the self-governing island of Taiwan to unite with mainland China, U.S. lawmakers, officials, and observers’ concerns about a military conflict in the Indo-Pacific have grown. The Department of Defense cites China as its “pacing” challenge in its new National Defense Strategy. But how a war over Taiwan might be fought by the U.S. military has been unclear.

Pentagon wargames that influence policy and shape military strategy draw on intelligence assessments and non-public data, such as high-resolution imagery and classified information about the specifications of U.S., allied, and the adversary’s equipment. But CSIS’s report notes classified wargames’ “assumptions and even results are not transparent to the public.”

“Probably the most significant thing is that they did the wargame in an unclassified format,” retired USAF Lt. Gen. David A. Deptula, dean of the Mitchell Institute for Aerospace Studies and one of the wargames’ participants, said. “It allows for open discourse and dialogue on some of the consequences as a result of the game which normally don’t get discussed because it’s all done behind the cloak of classification.”

The 24 game iterations presented sobering findings: high attrition of forces on both sides, massive U.S. surface ship and aircraft losses, and quick exhaustion of long-range precision-guided munitions. Attacks on U.S. forces based in Japan could quickly draw the Japanese into the conflict.

“In most scenarios, the United States/Taiwan/Japan defeated a conventional amphibious invasion by China and maintained an autonomous Taiwan. However, this defense came at high cost,” authors Mark Cancian, Matthew Cancian, and Eric Heginbotham write in CSIS’s report. “The United States and its allies lost dozens of ships, hundreds of aircraft, and tens of thousands of service members. Taiwan saw its economy devastated. Further, the high losses damaged the U.S. global position for many years.”

According to a 2022 Pew Research Center Poll, 86 percent of Americans view China’s military power as either a “somewhat serious” or “very serious” problem. Eight-two percent felt the same way about tensions between Taiwan and China.

But there is little in the public domain about what a conflict with China might entail, including its potential toll in blood and treasure to the U.S.

“Is the United States ready as a nation to accept losses that would come from a carrier strike group sunk at the bottom of the Pacific? We have not had to face losses like that as a nation for quite some time. It would actually create a broader societal change that I’m not sure we’ve totally grappled with,” Becca Wasser, the head of the Center for a New American Security’s Gaming Lab and a participant in the wargames, said. “We need to prepare for some of the worst-case scenarios to effectively deter in the Indo-Pacific, and that requires us making changes now.”

According to the CSIS report, America must urgently address its supply of long-range precision weapons, such as the AGM-158C Long Range Anti-Ship Missiles (LRASMs), prepare to operate from more dispersed air bases, harden shelters for aircraft, and strength bomber forces, among other recommendations.

“If we’re not prepared, it’s going to take a loss for the nation to wake up, and hopefully we’ll have time to correct,” Deptula said.