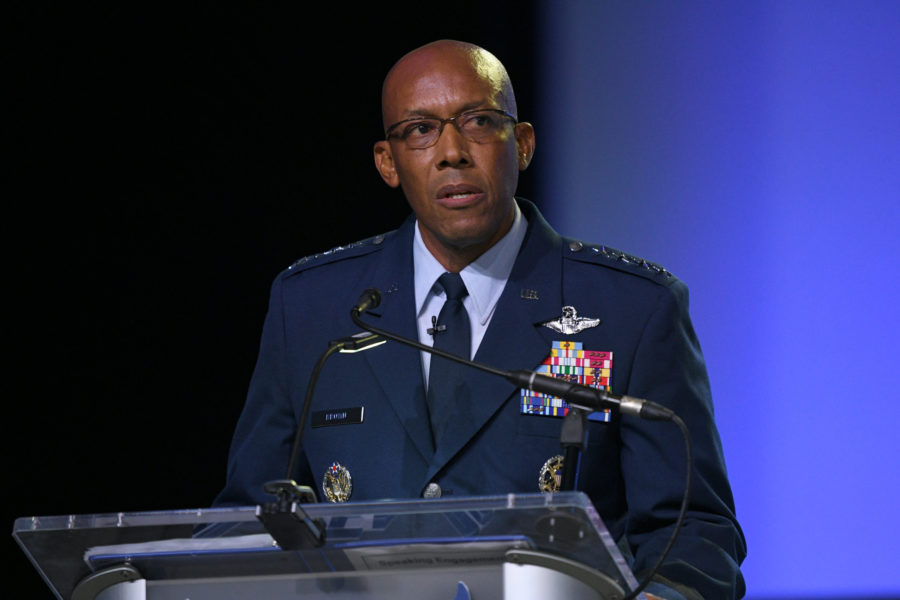 The four original Action Orders were released in December 2020 following Brown’s white paper titled “Accelerate Change of Lose.” The orders were focused on Airmen, Bureaucracy, Competition, and Design Implementation, detailing what Brown believed needed to be done to implement his vision for the force.

More than a year has now passed since that initial release, and “it was time to assess what we’ve done against what we set out to do, analyze the evolving conditions, and modify directives, guidance, and tasks accordingly,” Brown said in a statement.

“While ‘Accelerate Change or Lose’ is enduring, like any operation order, the Action Orders are meant to be iterative—continually assessed, adapted, and improved,” he added.

Brown previewed some of the modifications coming in a Jan. 6 Coffee Talk with Chief Master Sergeant of the Air Force JoAnne S. Bass, offering only a few details but saying Action Order B, focused on bureaucracy, needed to be adjusted to “actually flatten communication [and] … to increase collaboration.”

The modified Action Order starts with an acknowledgement that bureaucracy has remained a stubborn problem for the service.

“After over a year of analysis and work, significant progress on this action order has proven elusive,” the order reads. “More specifically, current Air Staff decision-making remains cumbersome, slow, allows ‘soft vetoes’ without accountability, and prioritizes compromise and consensus over decision quality. Mired in hierarchical processes and content with the status quo, the Air Staff must adapt to mission command and collaborative approaches to address the 21st Century threats and competitive strategic environment.”

While the original Action Order focused on clarifying roles and responsibilities within Headquarters Air Force and between major commands, the modified order presses for more open communication, calling for the Air Staff to “ensure wide dissemination [and] provide clear understanding of CSAF intent” of key decisions and documents, as well as practicing “radical transparency.”

“Bureaucracy exists in all large organizations and changing culture and practices that prevent timely and effective decisions is difficult—but it starts with the Air Staff,” Brown said in a statement.

The modified order also directs the Air Staff to primarily use Microsoft Teams for unclassified collaboration and meetings, with email, conference calls, and in-person meetings as backups.

Finally, the modified order calls for “empowering Airmen to make decisions at the appropriate levels.”

The modified action sets a goal of the Air Staff adapting “its staffing processes to enable empowered decision-making” by the end of 2022, with quarterly progress assessments.

Action Order C, focused on competition with China and Russia, also underwent significant modifications, with the new order accounting for Kendall’s stated imperatives, the evolution of the Joint Warfighting Concept, and the “development of other strategic documents.” The Biden administration released its Interim National Security Strategic Guidance in March 2021 and is slated to release a new National Defense Strategy and Nuclear Posture Review in the coming months.

Specifically, the modified order establishes “lines of effort” for specific key tasks and introduces more “way points” for the Air Force to take stock of its efforts and update its approach.

“The Action Order is designed to transform the USAF to be operationally superior and strategically successful relative to our potential adversaries by driving threat-informed decisions through comparative analysis and candid assessment of our relative advantages and disadvantages,” the order states.

Action Order D, focused on force design, aims to align “future force design with fiscal realities,” and the modified order calls for the Air Staff’s planners to “determine the necessary capabilities and capacity within the USAF’s force-structure needed in fiscal years 2025, 2030, 2035, and beyond,” taking into consideration Kendall’s stated priorities.