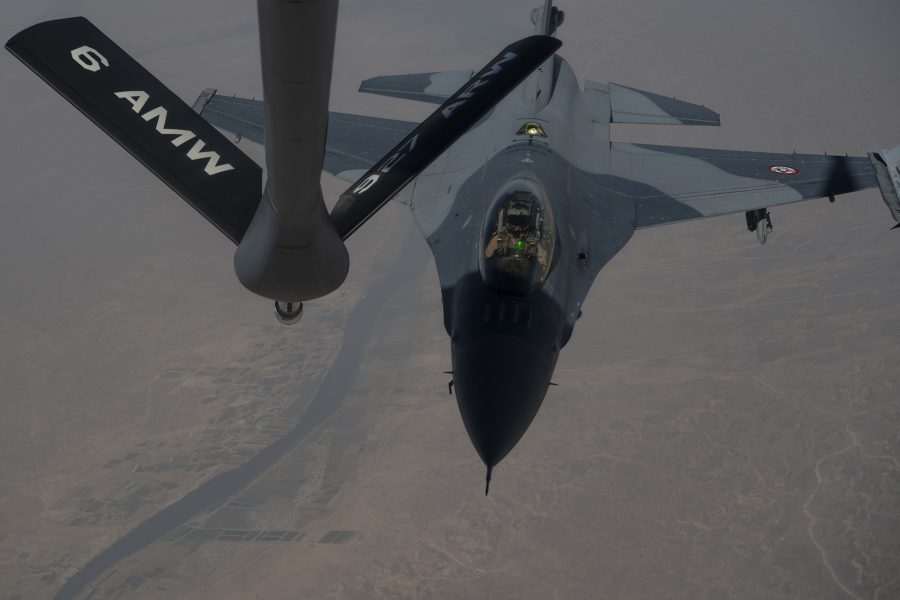 The U.S.-led coalition in Iraq has suspended its training mission for 60 days as the new coronavirus outbreak spreads. At the same time, the U.S. military has stopped deployments to Afghanistan, a move that will extend the deployment for some service members.

As part of the pause, some of the 2,500 coalition training personnel have been withdrawn from the country, Agence France Presse reported.

The United Kingdom Ministry of Defense announced March 19 it was pulling some of its personnel from Iraq citing a “reduced requirement for training from the Iraqi Security Forces and a subsequent pause in the Coalition and North Atlantic Treaty Organization training missions in Iraq.”

The reduction comes as U.S. forces are withdrawing and handing over control of key bases, such as al Qaim, Qayyarah West, and K-1 Air Base.

In Afghanistan, the training mission is continuing, though it is being adapted to mitigate risks. When possible, the coalition and Afghan forces are conducting training via teleconference and other “technical means,” while bases reorganize to create physical distance, with limited access to mission-essential personnel.

The COVID-19 outbreak also has affected the flow of forces into the theater, which will force some service members to stay in the country longer than scheduled.

“To preserve our currently healthy force, Resolute Support is making the necessary adjustments to temporarily pause personnel movement into theater,” U.S. Army Gen. Scott Miller, commander of Resolute Support and U.S. Forces-Afghanistan, said in a statement. “With support from NATO Headquarters and troop-contributing nations, Resolute Support is establishing pre-deployment screening protocols. These protocols are in accordance with the World Health Organization guidelines to prevent the travel of potentially infected personnel into theater.”

About 1,500 multinational troops, civilians, and contractors who arrived in the country within the past week are now living in screening facilities to limit movement.

“Let me be clear—these service members are living in screening facilities out of an abundance of caution, not because they are sick,” Miller said.

As of March 19, 21 Resolute Support personnel have shown flu-like symptoms and are receiving medical care in isolation. Because there is not a lab in country, samples from these individuals have been sent to Germany for evaluation.

“Minimizing the impact of this outbreak requires a shared commitment—each of us individually has a responsibility,” Miller said.