Skip to content
A U.S. Air Force KC-46 Pegasus conducts aerial operations in support of a bomber task force mission with coalition and regional partners across the U.S. Central Command area of responsibility, Sept. 4, 2022. BTF missions demonstrate the U.S.’s commitment to regional security and stability by showing how the U.S. will decisively respond to threats against the U.S., coalition, and partner forces. U.S. Air Force photo by Staff Sgt. Charles Fultz.
Expand Photo 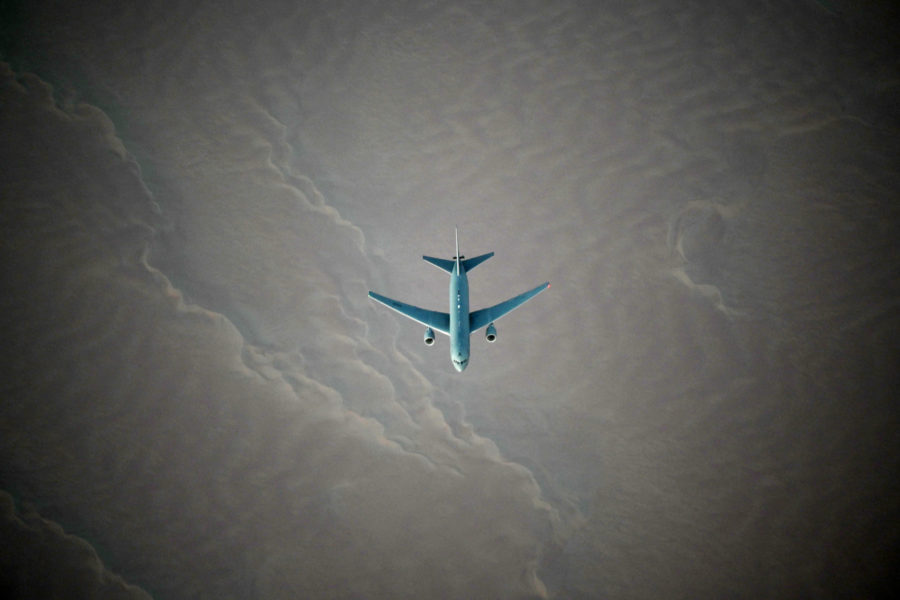 AMC Clears KC-46 for All Deployments and Taskings

The announcement brings to a close AMC’s approach of interim capability releases for the tanker, which is still years away from a completed fix for its troubled Remote Vision System.

During those deployments, AMC was able to validate capabilities—and KC-46 crews’ ability to work around problems that have kept it from refueling certain kinds of aircraft. In April, a KC-46 refueled an international aircraft for the first time. In August, the tanker completed its first operationally tasked combat sortie, refueling F-15Es in CENTCOM.

During the latter flight, the KC-46 also had its first successful combat use of the Military Data Network, a communications system that allows the jet to serve as a secure interface between an Air Operations Center and airborne aircraft operating nearby.

Now, the Air Force’s entire fleet of 60-plus KC-46s is cleared of all restrictions, Miniham confirmed—even as Boeing, the manufacturer, works on the Remote Vision System upgrade RVS 2.0, which isn’t scheduled to be installed until 2024.

With the current system, boom operators sometimes have to deal with blackouts and washouts on the tanker’s video displays during refueling, caused by shadows or direct sunlight. This has been a particular issue for stealth aircraft such as the F-35 and B-2, as the boom could scrape off part of their stealth coating.

Certain angles and weather phenomena “challenge the RVS,” Minihan noted. “So when we know that’s going to occur, we line up the angles differently. That would be an example of what the crews are dealing with.”

Despite those problems, Minihan strongly defended the decision to clear the tanker, saying it wasn’t letting Boeing off the hook for the jet’s deficiencies.

“My job is to win tomorrow. Nobody’s going to care about my plans for the KC-46 or my fleet in 10 years if I lose tomorrow. I need it now,” Minihan said. “I am extremely straightforward with Boeing with my concerns about quality, timelines, and cost. But if I can put an incredibly capable tanker in the fight then, then why wouldn’t I?”

At the same time, Minihan said he would not drop the push to fix RVS and pledged to be “hypersensitive” to implementing fixes on a fast timeline to limit their operational impact.

“I think the concern would be that we’re saying that those limitations are OK. And they’re not,” Minihan said. “The command’s efforts are going to … be focused now on the integration of those fixes so that we can get out of the business of the [tactics, techniques, and procedures] adjusting for the shortcomings, and then really realize the full capability of the jet.”

While RVS has been the most high-profile issue affecting the KC-46, the airframe has had other issues as well. Among them, AMC noted multiple incidents in which cargo restraint devices broke open during flight, leading the command to restrict the plane from carrying cargo and passengers.

But Minihan indicated that Airmen have developed solutions to that problem as well.

“There are issues as it relates to the software on the aircraft and where you place the cargo,: Minihan said. “There are workarounds so yes, it can carry cargo. We just have to do it more manually than automatically than we’d like to.”