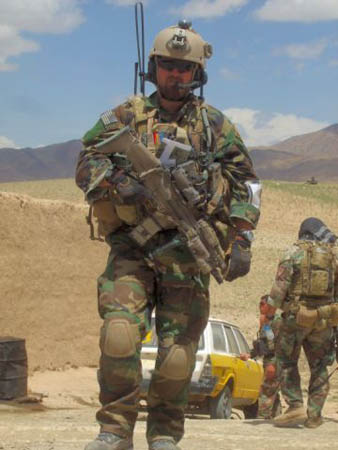 Force Chief of Staff Gen. Norton Schwartz will award Capt. Barry F. Crawford Jr. the Air Force Cross—the second highest honor for valor in combat—at a Pentagon ceremony on Thursday. On May 4, 2010, Crawford, a special tactics officer assigned to an Army special forces team in eastern Afghanistan, “placed himself at grave risk on four occasions while controlling over 33 aircraft and more than 40 airstrikes on a well-trained and well-prepared enemy force” during an intense 10-hour-plus firefight, states his award citation (partially redacted at the Air Force’s request). It adds, “His selfless actions and expert airpower employment neutralized a numerically superior enemy force and enabled friendly elements to exfiltrate the area without massive casualties.” Crawford will become the fifth Air Force special operator to receive the Air Force Cross since Sept. 11, 2001, and only the third living recipient during that span. Only seven other airmen have earned the honor since 1975. For the complete gripping account of Crawford’s extraordinary heroism that day, read Caught in the Crossfire.