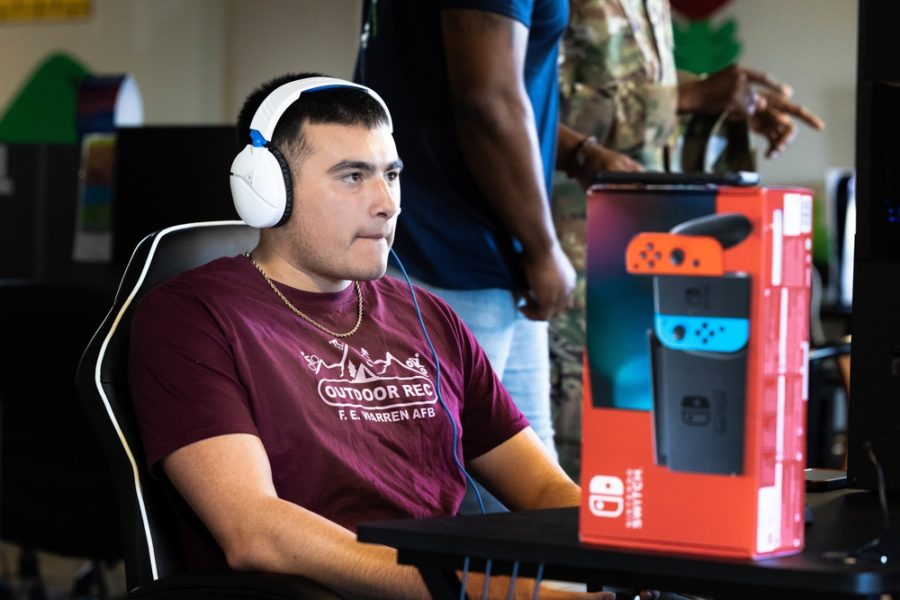 Spark Tank Finalists: Video Games as the Future of Training?

Air Force Magazine is highlighting one team each day from now through March 3. Today, we look at “DAGGER: Developing Airmen and Guardians with Games for Enhanced Readiness,” led by Matthew Correia of Air University’s Eaker Center at Maxwell Air Force Base, Ala.

For decades now, the Air Force has used simulators with varying levels of technology to train its pilots—the most modern systems cost millions of dollars and are considered crucial to training future pilots.

But at their core, pilots in simulators aren’t all that different from Airmen playing on an Xbox, contends Correia.

That belief is at the heart of Correia’s pitch for Spark Tank. The Air Force, he said, needs to embrace video games for more than just training pilots to fly, but instead for a range of skills across the entire force.

The thought of using something like League of Legends, a multiplayer online game where players battle using fantastical characters, or Minecraft, a game where characters can explore a seemingly endless blocky 3-D world to mine and build, to train Airmen and Guardians will strike many as strange, Correia acknowledged.

But in recent months, Air Force leaders have introduced the new Airman Leadership Qualities, which will be integrated into feedback, and those qualities include skills like teamwork, communication, decision making, and innovation. And those skills are things video games can teach, Correia said.

“Let’s practice the competencies of the executive functions, such as critical thinking, resource management, creative thinking, those things,” Correia said. “And within a game, you have the opportunity to do that. The game can be created, or the games actually already exist, where the solution is not one answer, it can be a range of answers, which is what true life is.”

The Air Force already uses a similar concept at Air University, with the leadership reaction course, a series of obstacles used to test leadership and cooperation.

With DAGGER, Correia wants to take the fun aspects of the leadership reaction course and make them digital—and thus global.

“I could go on to a cyber leadership reaction course here in the United States, with someone in Germany, someone in Korea, and quite literally, so long as the forward operating base has internet access, I could [work with] that person whatever continent they’re on,” Correia said. “And we could practice our competencies.”

But it’s not just for everyday training and fun—Correia’s vision for DAGGER is to completely change the structure of how the Air Force and Space Force approach everything from professional military education to professional continuing education courses, to annual assessments and feedback.

That shift would be welcomed by Airmen and Guardians, he argued. An Air Force survey found that tens of thousands of young Airmen identify as gamers, and Air Force Gaming, the department’s gaming organization, has more than 15,000 registered users.

And for those who dismiss games as distractions or something Airmen do just for fun?

“My response is, yes, it is fun. It’s fun to learn accountability, communication, decision-making, leadership. Games are serious. That’s why we call them simulators,” Correia said. “And you know, just because it’s a caricature that doesn’t exist in real life, like in League of Legends, … or it’s sort of a futuristic or maybe fictitious sort of activity, does not lessen it from being a powerful and effective learning instrument.”