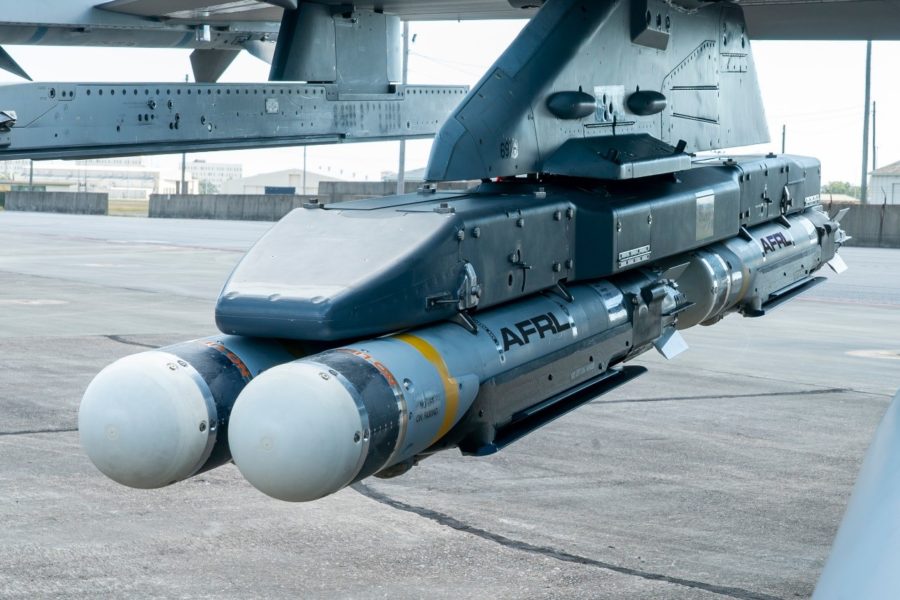 Having successfully used “digital twinning” to design and prototype its latest jet trainer aircraft, the Air Force is moving to use the new technology to develop and test weapons, too—building an online Colosseum in which vendors’ systems can virtually fight each other.

Col. Garry A. Haase, head of the Munitions Directorate at the Air Force Research Lab, said AFRL plans to stage regular competition events in the Colosseum, each dealing with a different technology area.

Each vendor could submit a digital twin of a proposed weapons platform for evaluation in “a kind of a Gladiator showdown, if you will, across that particular technology area,” he said during an AFCEA Northern Virginia luncheon March 26.

Digital twinning involves creating a detailed virtual model of an aircraft, weapons systems, or other artifact, so that it can undergo initial testing without the time and expense of building a prototype. The Air Force’s new trainer jet, the eT-7 Red Hawk, was designed and underwent initial testing using the technology, with former Secretary Barbara M. Barrett boasting during AFA’s Air, Space & Cyber Conference that it had flown “thousands of hours before it [took] off,” and it was “assembled hundreds of times before any metal [was] even cut.”

To operate their digital twins in the Colosseum, while maintaining the integrity and confidentiality of their proprietary designs, vendors will have to build them to conform to a Government Reference Architecture, Haase explained. “It’s not us owning all your intellectual property or the technologies necessarily, but it’s owning how we interface with those systems,” he said. The reference architecture provides data standards and defines the interfaces the digital model can use, “so that we can more easily plug other people’s systems and subsystems into a bigger system” like the Colosseum.

The online Colosseum will be the next step in the AFRL’s Golden Horde program—developing networked, collaborative, autonomous (NCA) systems like swarming drones or “fire and forget” weapons, which find their own targets and then attack them in a synchronized fashion. Golden Horde is a Vanguard program—one of a handful of high-profile research projects the Air Force sees as the most promising for delivering new warfighter capability most quickly.

The second real world test of Collaborative Small Diameter Bombs, a CNA weapons systems being developed as part of Golden Horde, took place earlier this year, but the Air Force has said it currently has no plans to deploy CSDB technology on the battlefield.

“I don’t have a good answer for you,” on when the first digitally developed weapons system might be fielded, Haase said, but he added the first one had already been developed. The Gray Wolf is an “expendable platform”—basically a low cost cruise missile—designed to be easy to integrate with other weapons systems through a modular design approach called WOSAA, or weapons open system architecture approach.

Gray Wolf was digitally designed “from the beginning,” Haase said. “We have a digital twin model of our Gray Wolf, which is what we have been playing in a lot of our scenarios.”

Networked weapons systems will play a key part in the vision of a connected military enshrined in the plan for joint all-domain command and control, or JADC2. “The concept,” Haase explained, “is everything being connected and able to share data and communicate.”

Weapons are an important element of that JADC2 vision, Haase explained, “Because they may—especially longer range systems—may be the first system to get close to a threat or [into a denied] area, and therefore have the best intelligence data that then can be passed back into the network.”