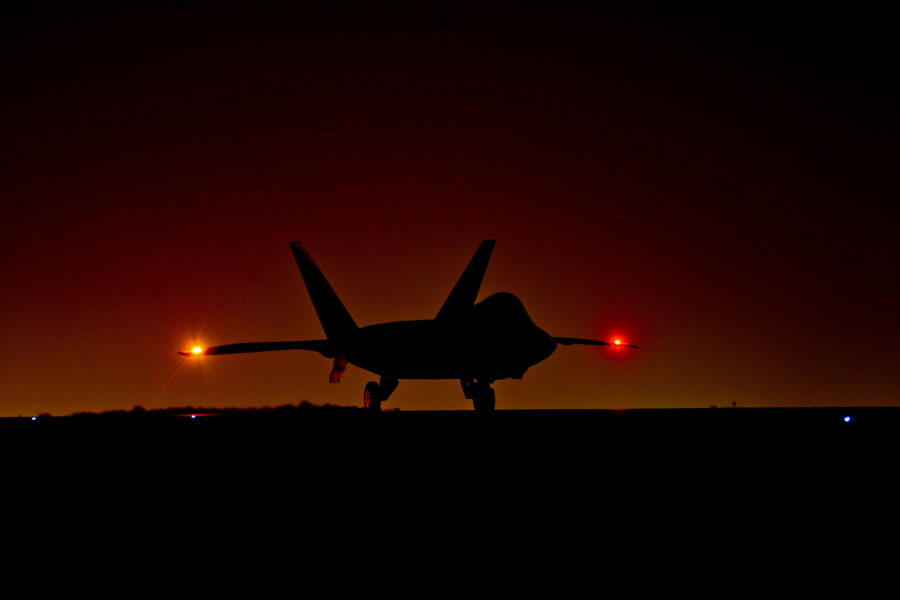 The Air Force is sending a squadron of F-22s to the United Arab Emirates “over the next week or so,” U.S. Central Command boss Gen. Kenneth F. McKenzie Jr. told the official UAE news agency Feb. 8.

The F-22 Raptors will be tasked with helping the UAE respond to recent drone and missile strikes by Iranian-backed Yemeni Houthi rebels that have killed several and threatened American personnel stationed in the Gulf nation.

“We’re going to bring in a squadron of F-22 fighters, the best air superiority fighter in the world, and they will also work with their UAE partners to defend the nation of United Arab Emirates,” McKenzie said in an interview with Emirates News Agency (WAM) during a visit to UAE.

In addition to the F-22s, the U.S. is also deploying the USS Cole, a guided missile destroyer, to help defend UAE, McKenzie said.

In his interview with WAM, McKenzie said, “we would like to work against drones what we call ‘Left of Launch,’ [which means] before they can be launched.”

“And if you can’t do that, you will certainly be able to shoot them down as they reach their intended target,” he added.

U.S. Central Command has yet to respond to an Air Force Magazine inquiry as to how many F-22s will be deployed to UAE and in what capacity the stealth fighters will be used.

Their arrival will come at a moment of high tension in the region. Houthi rebels have increased their launches into Emirati territory, though the UAE has been able to shoot several of those missiles down. McKenzie has pointed to Iran as the suppliers of those missiles.

U.S. troops are stationed in UAE at Al Dhafra Air Base and have had to shelter in bunkers during some of these attacks. There have been no American casualties thus far.

F-22s haven’t deployed to UAE for several years now. In 2019, the service pulled the stealth air superiority fighters back from the region in an attempt to mend the fleet and reassess how it based the Raptors. Prior to that, F-22s had been based out of Al Dhafra in support of Operation Inherent Resolve.