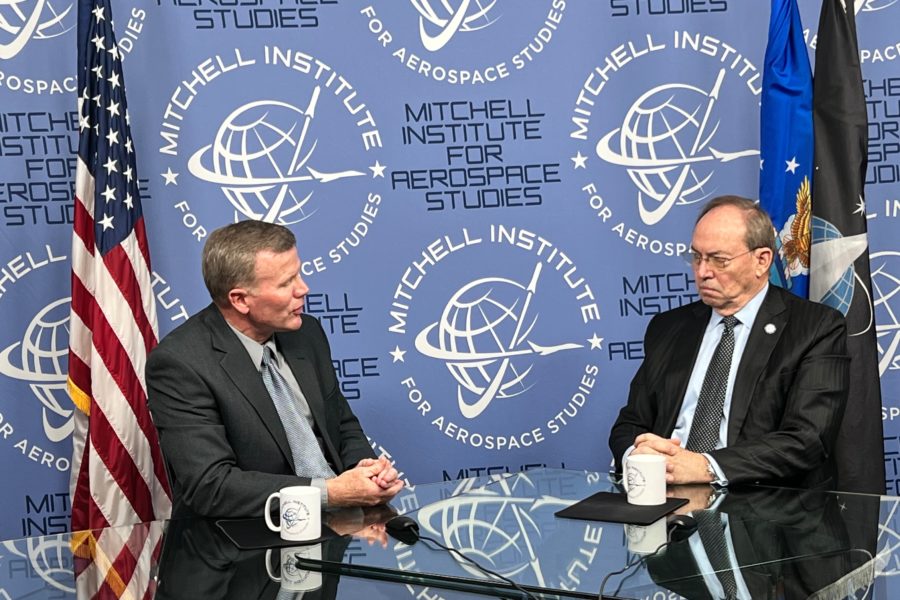 Former NATO Supreme Allied Commander Europe and retired Air Force Gen. Tod D. Wolters thinks Ukraine’s allies and partners should provide fighters to that country, but there doesn’t seem to be a consensus view on when, and maintaining NATO solidarity is more important right now, he said Jan. 10.

Speaking during a Mitchell Institute webinar, Wolters, who retired as SACEUR and head of U.S. European Command last June, said Defense Secretary Lloyd Austin will discuss how fighter aircraft might be provided to Ukraine at a meeting of the Ukraine Defense Contact Group in Germany at the end of January. But the goal will be to reach a consensus with members.

Austin “works this issue” of fighters routinely with the contact group, which includes not only NATO members but other interested parties, and in Germany, “he is going after this,” Wolters said.

“The goal, of course, is to achieve a consensus with that entire group and those nations, about what can” be provided to Ukraine and “be effective in the military campaign as it unfolds today; to work current ops to save as many lives as possible right now, and to ensure that your posture 5-10 years from now is best suited to guarantee follow-on success.”

Wolters said it isn’t clear when fighters should be provided, but “when it’s time, we have to be prepared to make those contributions with combat aircraft. And it is … my belief, based off capabilities that exist in the environment, that we’re still challenged, from a timing perspective, to make this move.” He suggested that there is not yet consensus in NATO about providing the fighters.

For now, “it’s about ensuring that [NATO’s] solidarity is never compromised, and that is part of the overall strategic campaign. And that comes into play when you start to pull this question apart about what is actually going in [to Ukraine] and what is holding off, for the time being.” He declined to say what objections have been raised about such a transfer.

Pentagon spokesman Brig. Gen. Patrick S. Ryder told Air & Space Forces Magazine that “we continue to have a very robust dialogue with the Ukrainians when it comes to their security assistance needs. They have an air force, and they’ve been employing [it] to great effect, in a lot of locations throughout Ukraine.”

Ryder added that “we’ll continue to have that conversation with them, [and] with our international allies, and our partners. And we’ll take a variety of considerations into fact into account—factors to include training, maintenance, sustainability, and also the availability of those types of systems.”

Ukrainian officials have asked the U.S. and its allies for advanced systems like the F-16 for months now, but USAF officials initially were cool on the proposal and have yet to fully commit.

Meanwhile, Wolters said Russia’s lack of precision in its weaponry is “appalling” and leading to countless unnecessary deaths among civilians. He didn’t offer an opinion on the theory that Russia is using hypersonic missiles because it is running out of lower-level precision weapons. But the advent of hypersonics “forces us to ensure that our indications and warning architecture is compatible” in NATO, to see such weapons before they are in their endgame. Authorities for response have to be “fast enough and long enough and accurate enough,” he said.

“The good news is, we have a lot of brilliant people in this country [and] our NATO nations and they’re all working very, very hard to continue to improve our indications and warning architecture from a hypersonics perspective, and that that is ongoing and needs [to] continue,” Wolters said.

Wolters declined to directly address whether he thought the airpower “stalemate” in Ukraine translates to a devaluation of airpower. Instead, he said there’s an academic debate about air superiority “versus [air] denial,” but said there’s no doubt that the nations on NATO’s eastern flank are safer for having a strong air capability among and behind them. He pushed for balance in capability across all domains.

“It’s never just one domain that that you have to be superior in. I believe you need to have a very, very balanced approach because it is a dilemma for the enemy.” A good strategy will include elements from “air, land, sea, space and cyber, to include the information environment,” he said.

Wolters noted that Ukraine’s use of Turkish TB-2 drones for target spotting and intelligence, surveillance and reconnaissance, has been effective, and their role came to light “probably sooner than we wanted it to.”

He also lauded many NATO and partner nations for adopting the F-35, which he said contributes more than just precision attack and stealth, but a capability “in indications and warnings,” command and control, and intelligence, surveillance and reconnaissance. All that, plus its speed and range “speaks for itself,” Wolters said. The benefits of interoperability and networking offered by the F-35 and its proliferation among allies and partners “doesn’t bode well for an enemy of NATO,” he said.