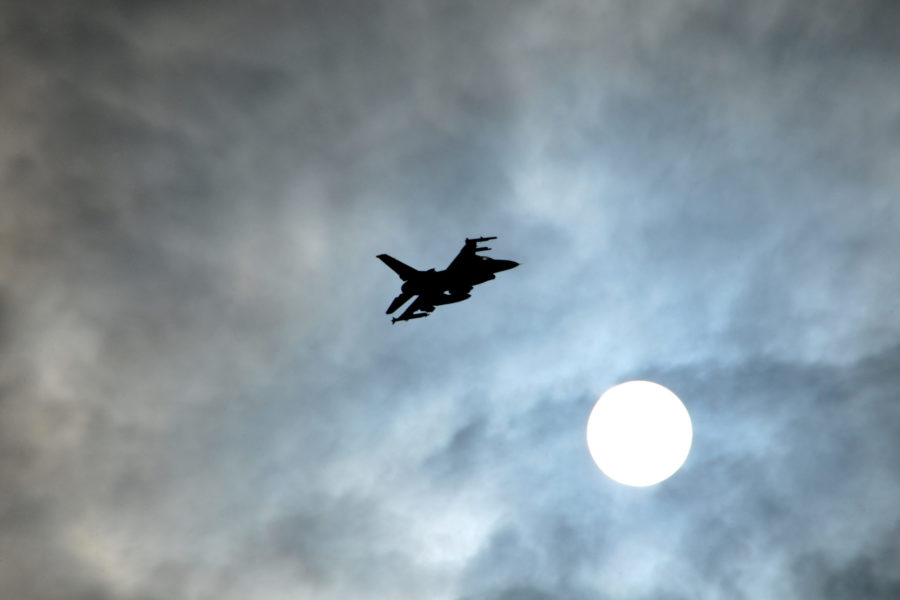 The weapons the U.S. and NATO have been providing Ukraine are not enough to reverse Russia’s invasion, and the process of providing F-16s from U.S. stocks should begin as soon as possible, analysts said in an AFA Mitchell Institute online seminar.

Panelists also said the U.S. should not be fearful of Russia’s nuclear threats and that Vladimir Putin will invade more countries if not stopped in Ukraine.

“Time is not on our side,” said Evelyn Farkas, former assistant secretary of defense for Russia, Ukraine, and Eurasia.

“The battle for Ukraine is … not just for Ukraine, not just for Europe, but it’s for the international order. And if we don’t defeat Russia militarily on the battlefield in Ukraine, we are going to have a whole lot of trouble politically and militarily all around the world.”

Farkas noted that “winter is coming. The Russians are regrouping, and, really, the only way to get back at them is to use airpower and to provide more assistance to the Ukrainians.”

Panelists said Ukraine’s best chance for beating back Russia’s advances will come through air-launched standoff missile strikes on Russian rear areas and supply lines, as well as command and control centers and airpower working in concert with Ukrainian ground forces.

Retired Lt. Gen. David A. Deptula, dean of AFA’s Mitchell Institute of Aerospace Studies, said the Russia-Ukraine war has effectively been ongoing since 2014 and will not likely be over quickly, so “there’s time” to provide Ukraine with F-16s and train some of its experienced pilots to fly them.

Ukrainian pilots have boasted that they could be ready to fly F-16s in a couple of weeks, and Deptula said that’s not too far off the mark.

Because they are already skilled aviators, Ukrainian pilots who have flown MiG-29s and Su-27s are “looking at more of a transition course from four to six weeks … That certainly is reasonable for … getting the Ukrainian pilots up to speed” on the F-16, he said.

And while few countries have volunteered their own F-16s for Ukraine, and Lockheed Martin has a waiting list of several years for new ones, Deptula said Congress has agreed to let the Air Force retire 48 F-16s “this year. So clearly those are surplus to U.S. needs and” could help the Ukrainians “reconstitute their air force before the end of the year.”

Mitchell scholar Heather Penney, who is a former F-16 pilot, said that while it would only take a few weeks to transition Ukrainian pilots to the F-16, learning to employ its sensors, systems, and weapons effectively would take a few months. But Deptula said the war will not be over before that could happen, if the training started soon.

Members of the panel said that in the meantime, the U.S. could provide MQ-1C Gray Eagles or even MQ-9 Reapers to give Ukraine more air strike capability and persistent watch over the battlefield for target spotting functions and “actionable intelligence,” Deptula said.

Absent fresh airpower, though, panelists said the weapons being supplied to Ukraine—such as artillery—don’t deliver a decisive capability and engage the Russians “at their own game,” he added.

To go on the offensive, the Ukrainians need to strike Russia’s rear areas, Farkas said, and “not just defend but re-seize their territory.” The U.S. should also put pressure on Israel to provide Ukraine with its Iron Dome air defense systems, she said.

She also noted that Slovakia has said it would consider giving Ukraine its MiG-29s, which Ukraine already knows how to employ.

Farkas said Vladimir Putin “does not want war with NATO or the United States” and that those countries should not be so nervous about standing up to him because of his threats of using nuclear weapons. Russia using a tactical nuclear weapon “would be the quickest way to get us directly involved” in the war, she said.

“He’s not interested in opening up another front with NATO right now,” she argued. But “if he prevails … and gets some kind of compromise with Ukraine, some kind of stalemate … he will turn to the Baltic states next. He will use as an excuse access to Kalliningrad, and he will definitely press and probe our defenses.”

Even though Putin is paying a heavy cost for the Ukraine war in men, equipment, and sanctions, Farkas said Putin doesn’t face strong domestic opposition but might if he is forced to order a nationwide draft and the Russian people start facing dire hardships.

“And they might then say, ‘This is not our war. We don’t want to participate,’” Farkas asserted, and Russian leaders “would face a similar situation” to when the Soviet Union paid a huge price in casualties during its Afghanistan war.

Ukraine also needs more naval capability to keep its remaining ports open, and the panelists urged provision of more aircraft or drones that can launch anti-ship missiles, such as the U.S. Harpoons that have been provided.

Seth Jones of the Center for Strategic and International Studies said the MQ-1Cs “would be very helpful” in moving the Ukraine war from two dimensions to three. He said the U.S. should have a clearly defined goal for the outcomes it wants from Ukraine because the war there affects relations with NATO, the Chinese, and the broader world.

“There have been … kind of vague comments about weakening the Russians,” he said, but the U.S. and its allies should provide at least enough military assistance to “blunt Russian advances, retake territory, and bog the Russians down in a campaign much like what they faced in Afghanistan,” which would cause them a loss “domestically.”

“I see too much reticence right now” on the part of NATO leaders, he added, “too much concern about escalation” on Russia’s part. “Those concerns have been exaggerated.”

Bryan Clark of the Hudson Institute said the Ukrainians need to be equipped to fight “the way NATO would fight Russia.” Instead, “we have been equipping Ukraine to fight Russia the way Russia would fight itself,” with short-range artillery and ground systems. Fighting NATO’s way “would help them regain the advantage.” That means providing aircraft and more naval capability.

NATO would use standoff missiles and electronic warfare, he said, “to suppress Russian air defenses, attack their depots and command centers.” Ukraine also doesn’t have the means to follow up strikes on command centers with the ability to “degrade Russian troops at scale … Aircraft can help you do that behind enemy lines,” Clark said.

Jones said Russia’s strategy so far requires that “they put their ground forces in vulnerable positions.” Their ground forces have shown that “they’re not very good, with significant problems of corruption, morale, training, leadership, [and] logistics” and so would be vulnerable to air attack. “So a much more significant … sustained air campaign” is in order for Ukraine.

Clark said Russia has an advantage in that it has developed “rungs on the escalation ladder” from use of mercenaries and militias all the way up to nuclear weapons; and the West should emulate that to blunt Russia’s seeming veto power over greater Western involvement in Ukraine.

“We must accept more risk,” Farkas said. “History shows … if you can’t stop a leader like Hitler in the first phase, you’re going to face worse in the next phases.” Putin has shown that he will back down when confronted by resolve and “firmness,” she said.

But “we’re playing it too safe,” she said. “We are too worried about Russian escalation, and we shouldn’t be.”