Skip to content
A West Virginia Air National Guard RC-26 aircraft, like the one shown here, was tracked over the District of Columbia amid civil unrest following the May 25 death of George Floyd in police custody. Army photo by Staff Sgt. Marvin Cornell.
Expand Photo 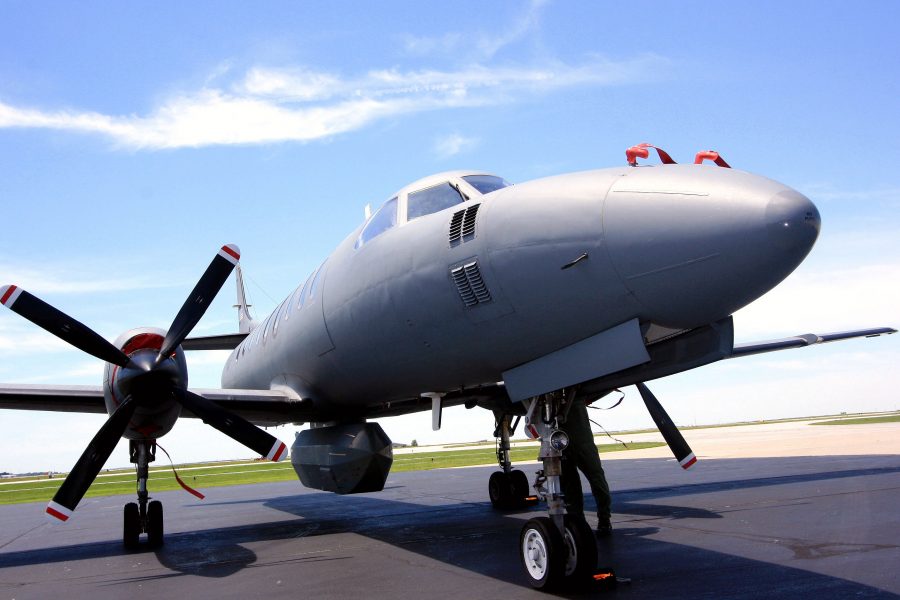 Why ANG RC-26s Were Spotted Over D.C., Vegas During Civil Unrest

The aircraft—the presence of which over the District of Columbia prompted Sen. Chris Murphy (D-Conn.) to take to Twitter in search of answers—“is responding to a District of Columbia National Guard request to provide airborne situational awareness of key lines of communication and critical infrastructure within the District,” Robinson wrote in response to a query from the magazine.

As of the morning of June 5, the DCNG was receiving or slated to get outside personnel support from 11 states’ National Guards, according to a National Guard Bureau release. This reflects an increase of 600 personnel, and the addition of Idaho Guardsmen, to the response over the day prior.

A second RC-26 that was tracked over Las Vegas on June 2 by John Scott-Railton, a senior researcher with the Citizen Lab at the University of Toronto’s Munk School of Global Affairs & Public Policy, also belongs to the Air National Guard, Robinson wrote.

However, its presence there was unrelated to civil disturbances in Nevada.

As of the morning of June 5, 41,506 National Guard personnel from 33 states and D.C. had been activated to help law-enforcement authorities respond to civil disturbances that broke out across the country after Floyd’s death, according to the NGB release. This reflects an approximately 9,100-troop and one-state jump from the previous day.