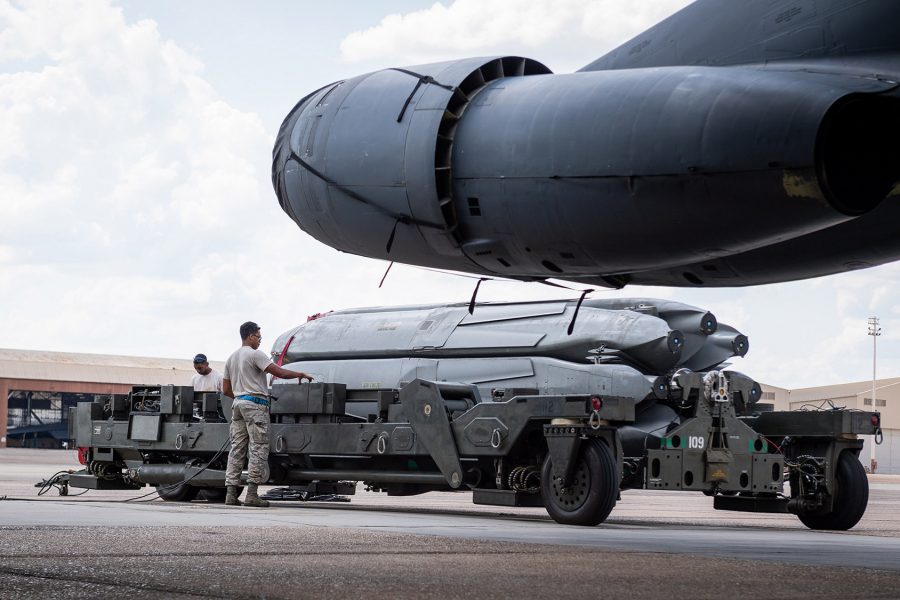 The nuclear AGM-86B was the first production version with a total of 1,715 delivered through 1986. USAF plans to cut the inventory from its current level to an eventual 528 ALCM. Some ALCMs were modified for conventional use with INS/GPS-guidance and a blast fragmentation warhead and redelivered in 1987 as the AGM-86C CALCM.

CALCM was retired in early 2019 and the inventory is stored at Barksdale awaiting disposal. ALCM is undergoing SLEP/component remanufacture to stretch its in-service life to 2030, allowing for replacement by the Long-Range Standoff (LRSO) missile.

USAF awarded Lockheed Martin and Raytheon technology-maturation and risk-reduction contracts for the LRSO in 2017, with Raytheon’s design emerging as the focus of USAF’s continued development last year. Plans call for fielding the nuclear missile by the late 2020s, possibly followed by a conventional derivative thereafter.


More articles about the AGM-86 ALCM

Speeding Up Acquisition a Bunch