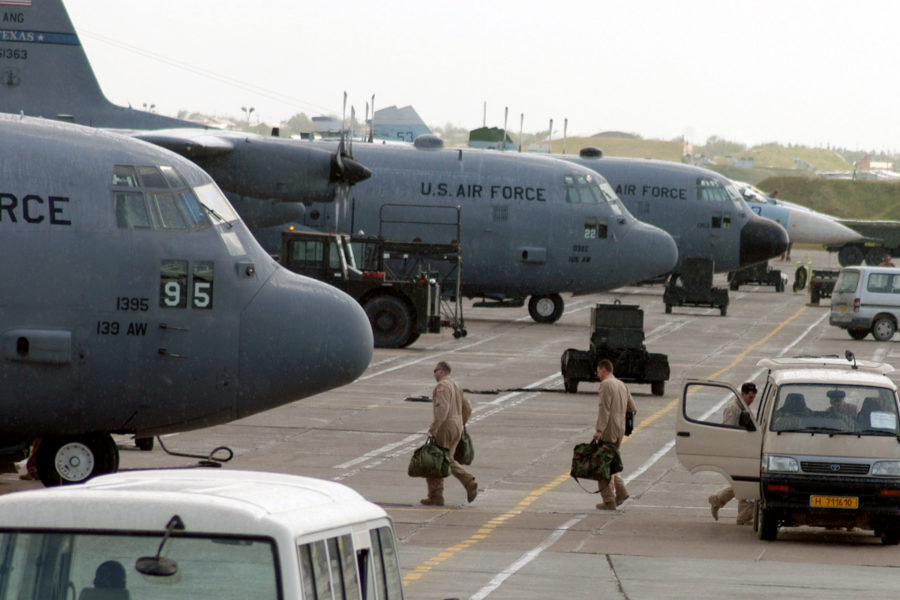 Uzbekistan a Candidate for U.S. ‘Over-the-Horizon’ Support to Afghanistan

With Afghan provincial capitals falling like dominoes in recent days, the Pentagon is still resisting pressure to promise air support to Afghanistan after the Aug. 31 withdrawal deadline. Countries in the region, however, may be key to providing the over-the-horizon support needed to turn the tide for the Afghan government.

Uzbekistan, where former Soviet bases were used for the initial U.S. invasion in 2001 and thereafter, is one of the countries where basing negotiations are ongoing, an Uzbek government official told Air Force Magazine on Aug. 12.

An Uzbek government official told Air Force Magazine the country is interested in more professional military education and training opportunities to strengthen its military but is restrained by a constitutional prohibition on foreign military bases.

The official could not say whether that prohibition extended to prevent the U.S. Air Force from using landing strips on Uzbek bases for over-the-horizon support to Afghanistan.

An Uzbek military official who spoke to Air Force Magazine on Aug. 12 on the condition of anonymity said his government had responded to some of the questions from the American government and that negotiation was ongoing.

The official declined to comment on the possibility of a basing agreement in the wake of a deteriorating situation in Afghanistan.

U.S. special operations forces operated out of Uzbekistan’s Karshi-Khanabad, or K2, Air Base in the southeast of the country from 2001 to 2005. The base is now the home of the Uzbek Air Force’s 60th Separate Mixed Aviation Brigade.

An Afghan war veteran who served with the U.S. Air Force at the base told Air Force Magazine recently that he heard K2 was again a possibility, but he wondered whether “Russia would allow that.”

DOD said it supports the Russian-speaking country’s independence and partners on security cooperation-related issues bilaterally and through multilateral forum, including NATO.

“United States and Uzbekistan have a robust military-to-military relationship that includes cooperation on the modernization and professionalization of Uzbekistan’s military,” Pahon said, while declining to confirm “possible bilateral discussions.”