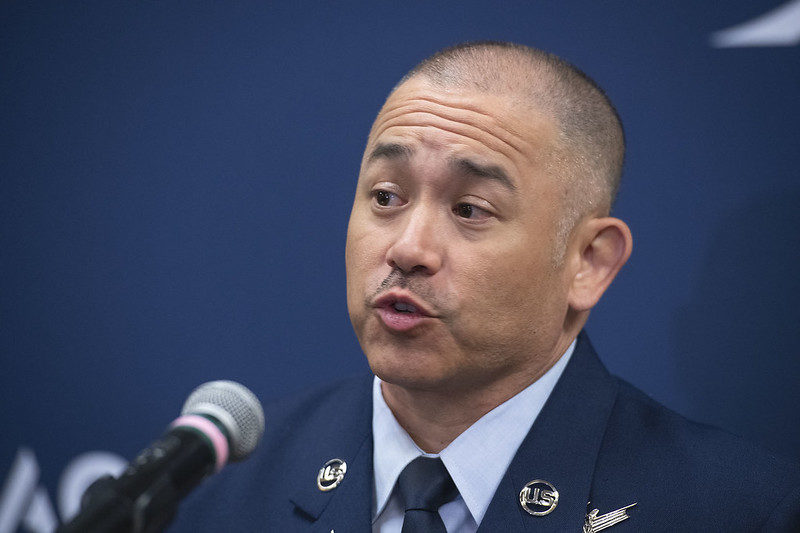 The first all-Guardian, Guardian-led flight of new recruits starts Space Force basic training in May to undertake a space-oriented curriculum that teaches space power and tries to instill a common culture.

The service will continue to rely on Air Education and Training Command at Joint Base San Antonio—Lackland, Texas, “for infrastructure and a lot of the support,” said Chief Master Sgt. James P. Seballes, the senior enlisted leader for the USSF’s Space Training and Readiness Command.

“Up until this point, [Guardians have] had a very similar Air Force experience going through basic training, but that will change in the summer,” he said.

Space Force’s staff development plan, “The Guardian Ideal,” provided some of the framework for the new curriculum, Seballe said.

“Within that document, we have our own core values now, and so core values will be something that will be taught. The identity that we hope that our Guardians aspire to become—and is part of the reason many of us came over to the Space Force in the first place—those kinds of things will be taught.”

Many of “the basic elements of basic training” that don’t apply to a given service, “those things will still be taught—PT, those kinds of things,” Seballes said.

Bratton compared what the command has in store for new Guardians with his experience going through Air Force basic training 35 years ago.

“We had to memorize all the different kinds of airplanes, a little bit on their capabilities,” Bratton recalled. “We learned about the heroes of air power—you know, Curtis LeMay, Jimmy Doolittle, and those folks in the history of air power. We want those same things but for space power: Who are the heroes of space power that we want Guardians to be familiar with? What are the systems that we fly, that we want our Guardians to know—both the blue and then the threats they represent.”

In addition to basic training, the Space Force has also made progress on its professional military education and has begun to address civilian professional development, Seballes said.

“And the last thing that is not just germane to STARCOM, but actually impacts the entire Space Force, is culture,” Seballes said. “We’re working on efforts specifically within STARCOM and how, through all those training arenas, do we make it to where it sticks and becomes a thing to help in that Guardian identity.”