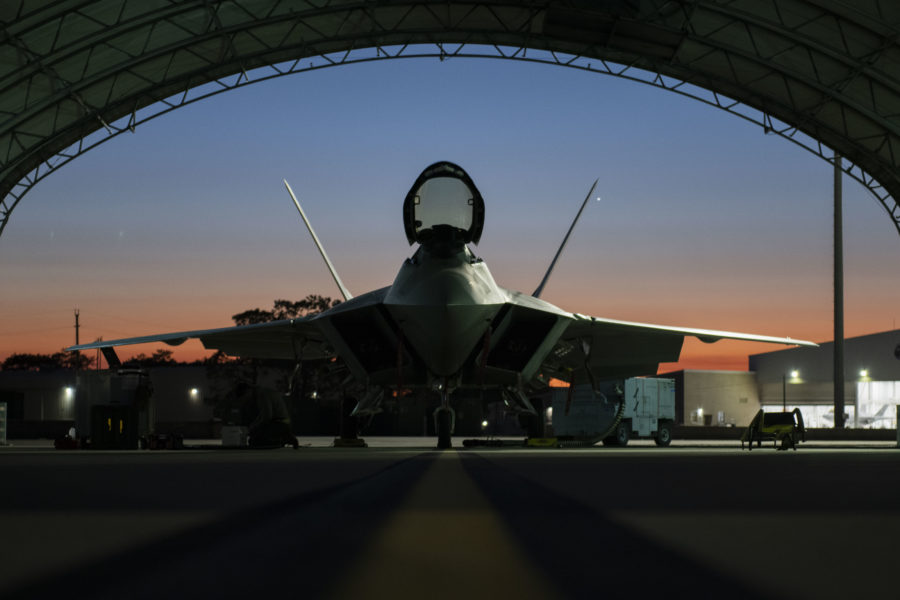 The Department of the Air Force is requesting $234.1 billion in its 2023 budget request, of which $40.1 billion is “pass-through funds,” or money the services will never see, while $169.5 billion is for USAF and $24.5 billion is for the Space Force. The budget request looks to cut 240 aircraft, including 33 fifth-generation F-22 stealth fighters and the majority of the AWACS fleet, to pay for additional research and development, long-delayed nuclear modernization programs, and the growing Space Force. It also significantly reduces the F-35 buy.

The 2023 budget request represents a $12 billion increase over the $182 billion enacted by Congress in 2022—one of the largest increases in years. Air Force Secretary Frank Kendall said the 2023 request attempts a “transformational” change in the services, motivated by China’s rapid modernization and taking into account Russia’s invasion of Ukraine.

Service leaders view the 2023 request as a prelude to even more profound “transformational” changes in fiscal 2024.

Research, development, test, and evaluation would get a 20 percent boost when compared to the 2022 budget request, while procurement would get a 15 percent increase. Operations and maintenance would go up four percent, while military personnel accounts and military construction would increase by 2.3 percent and two percent, respectively.

The service would pay for much of the R&D increase by retiring some 140 aircraft, including the bulk of the E-3 AWACS and E-8 J STARS fleets, and about a sixth of the inventory of Air Force’s premier air superiority fighter the F-22. USAF would also transfer 100 MQ-9 Reaper remotely piloted aircraft to an unnamed federal agency, so its total reduction comes to 240 airplanes. On the plus side, it is buying 82 new aircraft, for a net change of 158 fewer airplanes.

In last year’s budget request, USAF wanted to retire 201 airplanes and buy 91. Congress allowed all of the divestments, with the exception of 42 A-10 Warthogs.

“What drives that is the threat,” he told reporters in an embargoed March 25 budget briefing. “We need to move aggressively.” Chief of Staff Gen. Charles Q. Brown’s “accelerate or change” motto “is very apt,” Kendall said. “What you’ll see in the budget is part of the transformation that we’re trying to achieve.” Despite the “acute concern” over Russia’s invasion of Ukraine, China remains “the pacing threat,” he emphasized.

Kendall said the budget was built expecting “aggression” from Russia against Ukraine or China against Taiwan in the Indo-Pacific. “Those of us who had access to the intelligence were not surprised by what happened,” he said. “And so, our planning took into account that this type of event could occur.”

While the services for many years funded their war consumption and recapitalization of lost assets under the “Overseas Contingency Operations” account, such funding is now either funded through the base budget or a special congressional appropriation.

The boost in R&D, however, is only a “down payment” on future capabilities, he said. There will be more “hard choices” coming in the fiscal year 2024 budget and the outyears, Kendall warned.

The budget makes a big payment on the Ground Based Strategic Deterrent (GBSD) increasing funds by $1.1 billion as the service moves toward an initial operational capability date of 2029. It also adds $354 million to the B-21 bomber program to continue engineering, manufacturing, and development and to support nuclear certification. The Space Force budget, meanwhile, invests heavy in missile warning and tracking, air and ground moving target technology, and space domain awareness, senior Air Force leadership told journalists at the budget preview briefing.

While air mobility is largely set, Kendall noted, “the transformation is more focused” on “the tactical side and the global strike side.”

The budget only provides for 33 F-35 fighters, versus previous years’ requests for 48, and Congress’ frequent adds above even that level. Kendall said the reduction was to buy some time for Lockheed Martin to fix problems with the Technical Refresh 3 upgrade that makes the Block 4 version possible. He insisted that the Air Force “remains committed” to the F-35 and to the total buy of 1,763. “We’ll probably be buying the F-35 another 15 years,” he said.

The budget also calls for a speed-up in the acquisition of the F-15EX, which doubles from 12 bought last year to 24 in FY’23. Kendall said there’s an “opportunity” to replace the existing F-15C fleet with F-15EX, and the plan is to buy them as swiftly as possible.

“Given an F-35A production line that today can build 80 F-35As annually, this is truly high-risk to a vital program,” Deptula said. “The choice to accelerate purchases of the F-15EX—a valuable, but technologically inferior airplane—is helpful, but not adequate to shore up the Air Force’s declining combat capacity. USAF’s FY23 budget request results in numbers less than those required to sustain existing force structure. Congress should not allow that to happen.”

The 33 F-22s being retired are of the Block 20 model, and are used as training airplanes. It would be too costly to modernize them to a combat-capable configuration, said USAF budget director Maj. Gen. James D. Peccia III. Even so, the F-22 fleet would get $344 million for sensor upgrades and other improvements.

“When you put it all together, we ended up deciding to take a reduction of F-35s,” Kendall said of the overall tactical plan.

There’s also $113 million in a line item for “Autonomous Collaborative Programs,” the unmanned tactical and strategic platforms Kendall sees as complementing the B-21 and Next-Generation Air Dominance fleets. Though he noted it’s not yet a program of record.

Kendall explained that while Russia posed “an acute concern,” in planning the budget, “the pacing challenge is still China.”

Research, Development, Test and Evaluation investment also calls for a $1.66 billion investment in the Next Generation Air Dominance (NGAD) sixth-generation fighter and $1.08 billion in the F-35A. The NGAD investment is for advanced sensors and air vehicle technology.

Hypersonics research is proposed to receive $577 million divided between fighter-launched Hypersonic Attack Cruise Missile (HACM) and the bomber-launched Air Launched Rapid Response Weapon (ARRW). Kendall has said he plans to reduce the emphasis on hypersonics because while they are an asymmetric necessity for China, USAF has different priorities. Peccia said that most of the $138 million increase would be directed toward HACM.

The Space Force will absorb the Space Development Agency (SDA) budget in 2023, and invest an additional $1 billion for the ground and geosynchronous orbit space segments of the Next Generation Overhead Persistent Infrared (OPIR) missile warning system, a constellation of new satellites. In all, Next Gen OPIR would be slated for $3.48 billion.

Another $1 billion would go to resilient missile warning and missile tracking to address hypersonic weapons and maneuverable reentry vehicles. Meanwhile, $987 million would go toward missile warning and tracking. On the acquisition side, the Space Force proposes a $1.1 billion investment in three additional National Security Space launches and $314 million for three SDA launches.

The Air Force end strength will decrease by 4,900 to 510,400 in fiscal 23, with Kendall indicating that would happen by attrition. The Space Force will add 200 Guardians to its ranks.

Airmen will receive a 4.6 percent pay raise, a 4.2 percent basic allowance housing raise, and a fund of $300,000 will be created for basic needs allowance that Airmen can apply for under special economic circumstances. Inflation in the budget accounts for some $6.3 billion, or a rate of 2.2 percent, in line with government standards.

While the President’s Budget is a wish list until it passes Congress, Kendall was hopeful that like last year he will get the divestments he needs to transform the services for the future.

“As we go forward, I think they’re going to be some hard choices. We are going to do some divestments,” said Kendall. “That change will continue, we have to do that. We have to really get rid of what I’ll call legacy equipment in order to have the resources to modernize.”

The Air Force Association praised the decision to fund long-delayed strategic nuclear modernization programs, such as the Ground Based Strategic Deterrent and B-21 bomber, as well as the boost in R&D funds. However, AFA president, retired Air Force Lt. Gen. Bruce Wright, said the budget is insufficient to meet the growing demand for airpower around the globe.

“The Air Force budget remains flat at a time when it is shouldering costs for two legs of the nuclear triad and three decades of deferred modernization,” Wright said in a statement. “The United States justifiably surged investment in our land components funding to deal with Afghanistan and Iraq; to do that, the nation took risk and deferred investment in air and space. Now it is time to surge air and space to solve today’s threat-based demands.