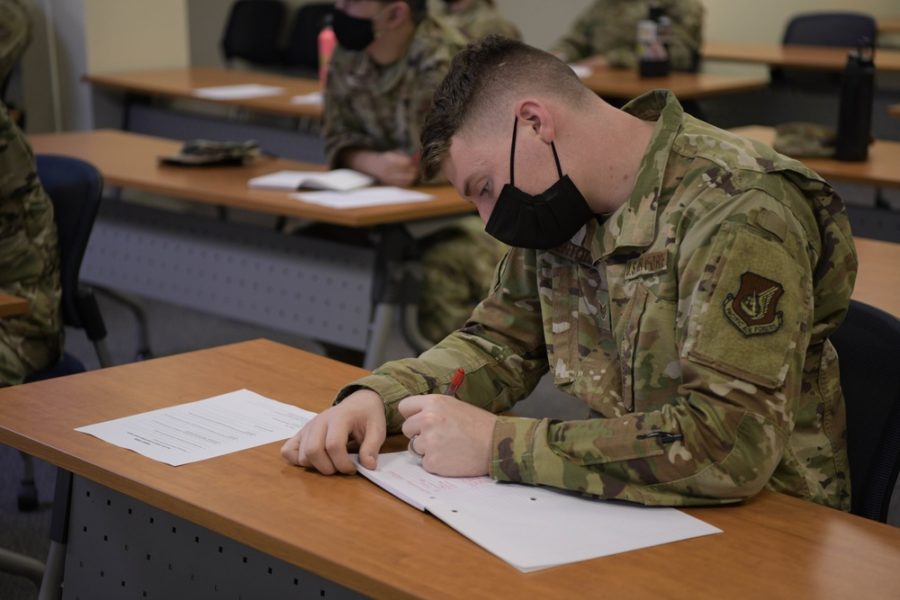 The changes principally affect how Enlisted Performance Reports will be scored, with the introduction of the new Promotion Recommendation Score, the service announced in a news release.

“Our Air Force values the experience that our Airmen bring with them,” Chief Master Sgt. of the Air Force JoAnne S. Bass said in the release. “The Promotion Recommendation Score is a step in the right direction to ensuring we recognize that experience, along with sustained superior performance.”

The new system, like the current one, will continue to use a maximum of three EPRs in the Airman’s current grade when calculating points. The new system, however, will do away with the current system’s practice of weighting point totals based on the number of EPRs evaluated.

That approach has meant Airmen with the same level of performance in a current year and with more experience could end up with fewer overall points.

In the new system, weighted points are gone. Instead, full point values are awarded for each year. The system is still designed to place the most emphasis on the most recent EPR.

For the most recent EPR, Airmen will receive 250 points for a “Promote Now” recommendation, 220 points for “Must Promote,” and 200 points for “Promote.” And for Airmen with only one eligible EPR, that will be the extent of their score.

But Airmen with a second EPR can receive anywhere from 10 to 20 points based off the promotion recommendation they received in that review, and Airmen with a third EPR can add an additional five to 15 points.

These changes will impact senior airmen and staff sergeants who are promotion-eligible beginning with the 22E6 promotion cycle.

“The transition to the new Promotion Recommendation Score is another integral step in shifting our culture and accelerating change to ensure we can develop and assess the enlisted force we need to win in the future. We value our Airmen’s experience, and we must show them that,” Chief of Staff Gen. Charles Q. Brown Jr. said in a statement.

Bass previously pledged to reinstate the importance of experience when evaluating Airmen for promotion, according to Military Times, reversing a change to the system that started in 2014 that USAF leaders said at the time was focused on job performance.

The tweak to the promotion system is one of several changes coming in 2022. The Air Force will soon allow Airmen to choose alternate exercises for their physical fitness tests.