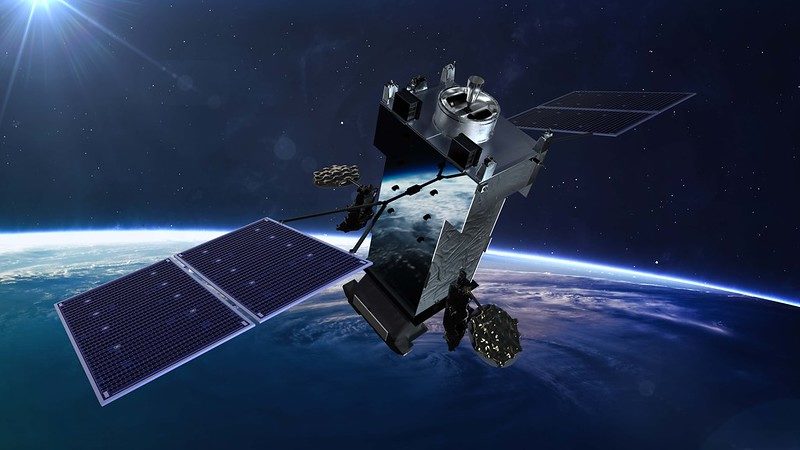 Lockheed Martin received the contract to design the Next Generation Overhead Persistent Infrared (OPIR) Geosynchronous Earth Orbit satellites, which it calls NGGs, in 2018 for $2.9 billion. They’re the first batch of modern satellites meant to improve on and eventually replace the current Space-Based Infrared satellites, also built by Lockheed Martin. The contract was modified to add $4.9 billion in January 2021 for production and storage of the satellites, engineering related to launch, an interim ground system, and early on-orbit checkout of the satellites.

The satellites themselves and the payloads for the first two had already passed critical design reviews, Lockheed Martin said in a news release Nov. 23. The system-level review represented “another significant step” toward the first launch, planned for 2025, the company said. The review “specifically addressed the integration between the space and ground segments in addition to the integration of the Next Generation Interim Operations Ground System” with legacy systems.

Upgrading the U.S.’s missile warning systems matters now because other countries are “finding ways to make missile warning more difficult,” said Joseph Rickers, Lockheed Martin’s vice president and program manager for the three NGG satellites, designated as Block 0, in the release. “They are also posing threats to space assets themselves.”

The Russian government acknowledged testing an anti-satellite weapon Nov. 15 that not only showed it could destroy a satellite in low Earth orbit but also created an extensive new debris field that U.S. officials and other world governments said will place space missions at more risk for years to come.

NGG satellites will travel in geosynchronous Earth orbit, farther than the Russian anti-satellite weapon system is suspected of being able to reach.

The Next-Gen OPIR isn’t the only effort attempting to field new missile-warning satellites. The Space Development Agency is planning a “Tracking Layer” as part of its National Defense Space Architecture of smallsats.

Eight wide-field-of-view infrared satellites are planned as part of a 28-satellite constellation in low Earth orbit that the SDA pegged for launch in 2022. The 28 are expected to form “the initial kernel” of the architecture that could ultimately number close to 200, with 40 to detect missiles. L3 Harris and SpaceX received $193 million and $149 million respectively to each build four of the infrared satellites. A test of an infrared sensor launched in August.