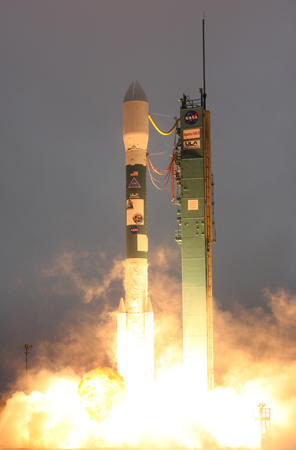 United States has committed to working with the European Union and other spacefaring nations in developing an international code of conduct to promote responsible behavior in space and reduce the potential for debris-generating events and orbital collisions. “The long-term sustainability of our space environment is at serious risk from space debris and irresponsible actors,” said State Secretary Hillary Clinton in a statement. She added, “Ensuring the stability, safety, and security of our space systems is of vital interest to the United States and the global community.” According to a State Department fact sheet released Tuesday, the United States regards the EU’s draft code of conduct as “a good foundation” for developing “a non-legally binding” code focused “on the use of voluntary and pragmatic transparency and confidence-building measures to help prevent mishaps, misperceptions, and mistrust in space.” Clinton said the Obama Administration has made clear it “will not enter into a code of conduct that in any way constrains” US national security-related activities in space or the United States’ ability to protect itself and its allies. (See also AFPS report by Lisa Daniel and Five Roads to Space Dominance from Air Force Magazine’s archives.)