Skip to content
Many forms of coronavirus exist among both humans and animals, but this new strain has caused alarm. Centers for Disease Control and Prevention graphic via the Military Health System.
Expand Photo 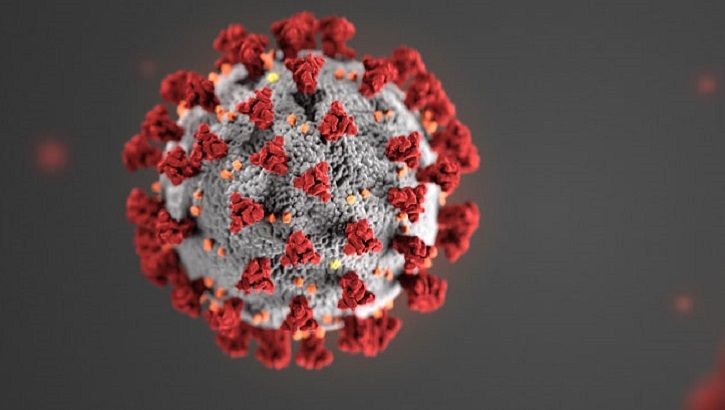 The U.S. military is severely limiting the movement of its personnel and families as the new coronavirus outbreak spreads and more service members test positive, stopping all travel—including permanent change of station and temporary duty to dozens of countries.

An airman at Altus Air Force Base, Okla., is undergoing evaluation and treatment after a presumptive positive test for the virus. The airman was on leave in the Seattle area earlier in this month, according to a base release. At Moody Air Force Base, Ga., a dining facility employee has tested positive for COVID-19, the infection caused by the coronavirus. The base closed the dining facility for cleaning, and reopened it March 12, according to a base release. Moody also declared a public health emergency, and recommended strict hygiene and no handshakes. There is another “presumptive positive” service member at Joint Base Lewis-McChord, Wash., and four more service members have tested negative for the virus, the base announced.

The Defense Department has not identified which service those pending cases affected, but a total of six service members have tested positive so far for the virus.

The Pentagon announcement came shortly after President Donald Trump announced the cessation of the bulk of travel from the Schengen countries of Europe and the World Health Organization’s declaration that the disease caused by the virus was officially a pandemic.

The DOD guidelines, which go into effect March 13, stop movement for 60 days to countries designated as Level 3 by the Centers for Disease Control and Prevention. This includes personal leave and other travel, and flights cannot even transfer in an affected country.

“The Department of Defense’s top priority remains the protection and welfare of our people. While directing this prudent action, I continue to delegate all necessary authority to commanders to make further decisions based on their assessments to protect their people and ensure mission readiness,” Defense Secretary Mark Esper said in a statement. “While we deal with this fluid and evolving situation, I remain confident in our ability to protect our service members, civilians, and families.”

Service Secretaries and commanders can issue waivers for travel that is necessary to “ensure mission readiness and address specific cases,” according to a Pentagon statement.

Additionally, travel to other “Level 2” nations for families and civilians is denied for 60 days.

The Pentagon is also mandating screening and 14-day self-monitoring at home for Pentagon personnel who have traveled to, or through, Level 2 and 3 countries.

The directive will have a large impact in locations across Europe, such as Germany and Italy, which have multiple USAF bases and headquarters. U.S. Air Forces in Europe-Air Forces Africa boss Gen. Jeffrey Harrigian said in a statement that he was working with leaders to get information to service members and families.

“With USAFE-AFAFRICA encompassing 104 countries and 19 million square miles, it will take some time to filter through all of the noise in coordination with our host countries and partner nations,” he said. “Ultimately, the safety and security of all our folks is the most important thing right now. … My top priority is to take care of you and your families. We’ll work through this together.”

The virus has a large impact on exercises and other activities across the globe. In Europe, Norway has canceled the remainder of Exercise Cold Response 20 as a precautionary measure.

U.S. Central Command boss Gen. Kenneth McKenzie told lawmakers March 12 that he has restricted in-theater travel in his area of responsibility. He also has directed personnel to maintain isolation and social distancing when possible and to be extra careful in certain areas because they “cannot risk infection” in some mission critical areas.

The U.S. Air Force Academy announced it is closing to visitors beginning March 13, while Air Force Basic Military Training at Joint Base San Antonio-Lackland, Texas, has suspended public attendance for graduations and is screening new recruits. Officer Training School also has “suspended guest presence at the awards ceremony and graduation parade,” though individual commissioning ceremonies will continue. In addition, the March AFB Air Show, originally scheduled for March 28-29, has been canceled. Other events, such as AFWERX’s Spark Collider/Pitch Day, are now virtual.