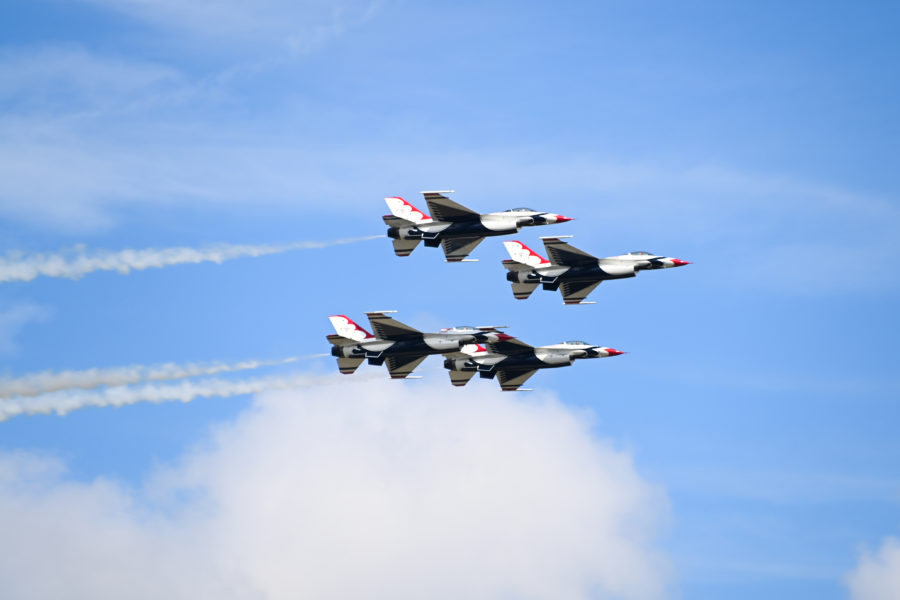 The event will feature “a scheduled flyover of current and historic aircraft representative of our nation’s airpower advantage over time,” Pentagon spokesperson Brig. Gen. Pat Ryder said during a Sept. 13 press briefing. Besides the Thunderbirds, Ryder said flyovers of World War II-era aircraft such as the B-17 and B-25 bombers and P-51 fighter will take place. The demonstrations will be mark the climax of the event, between 6:45 pm and 6:55 pm Eastern time, Ryder said.

The anniversary will further be marked by AFA’s Air, Space and Cyber conference at National Harbor, Md. Sept. 19-21.

“This year marks our 75th anniversary and my hope is that Americans across the country and across the globe have the opportunity to see the U.S. Air Force in action as we celebrate this historic milestone,” Brown said. “Airmen will always be there to provide America with the Airpower it needs to defend the nation, help diplomacy proceed from a position of strength, reassure our partners and allies, and deter or defeat our adversaries.”

Though there is no charge for admission, the public must obtain free tickets in advance through USAF’s anniversary website. The tattoo will be livestreamed by the USAF Band on YouTube.

The “tattoo” gets its name from a 17th century European tradition of summoning soldiers with military drumlines, evolving over time into a display of military pride and professionalism.

The host of the event is the Air Force’s 11th Wing at Joint Base Anacostia-Bolling, which is the modern name for what was originally called “The Flying Fields at Anacostia” in southwest Washington, D.C. The wing performs ceremonial duties through the Air Force Band, U.S. Air Force Honor Guard and U.S Air Force Chaplain Corps at nearby Arlington National Cemetery.

The Thunderbirds play the role of goodwill ambassadors for the Air Force, demonstrating the precision capabilities of USAF pilots and the F-16 fighter.