There is great disc 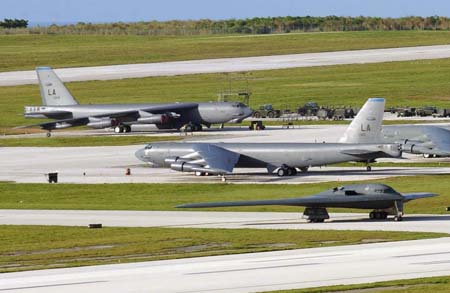 ontent in Nebraska over the Air Force’s selection of Barksdale AFB, La., as its preferred location to host the new nuclear-centric Air Force Global Strike Command. News of the outrage expressed by Nebraska elected officials has largely been supplanted by revelation of the budget axe Defense Secretary Robert Gates took to major Air Force weapons programs last week. We covered statements by the Nebraska Congressional delegation, calling the decision outrageous and contradictory. But we also find that, in addition to letters sent to the Air Force and DOD by Sen. Ben Nelson (D), Sen. Mike Johanns (R), and Rep. Lee Terry (R), Nebraska Gov. Dave Heineman wrote an April 6 letter to President Obama, asking him to suspend the Air Force action. He writes: “The Air Force is ignoring its own evaluation process in not selecting Offutt Air Force Base. Offutt finished first in every evaluation category. This decision is unfair and unjust.” In calling for an independent investigation into the matter, Heineman concludes, “This decision doesn’t pass the smell test.”