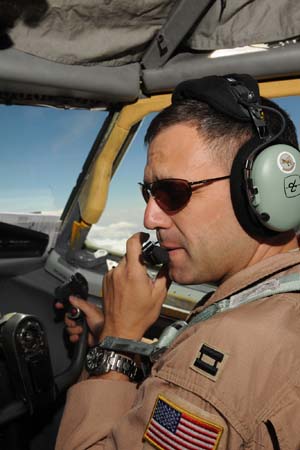 Jeff Jacques, a KC-135 tanker pilot assigned to the 93rd Air Refueling Squadron at Fairchild AFB, Wash., has surpassed 5,000 flying hours. He accomplished this feat in early August on a mission over Afghanistan during which his tanker refueled two F-15Es. “I love flying,” said Jacques, who is currently deployed to the Transit Center at Manas, Kyrgyzstan, where he is operating with the 376th Air Expeditionary Wing. This deployment is his 21st overseas tour—and his fifth to Manas. After his many years of service, Jacques plans to retire next summer. “I’m going to miss the people I work with. That’s the one thing I’m going to miss the most—the crew has made deployments bearable,” he said. (Manas report by TSgt. Jennifer Buzanowski)