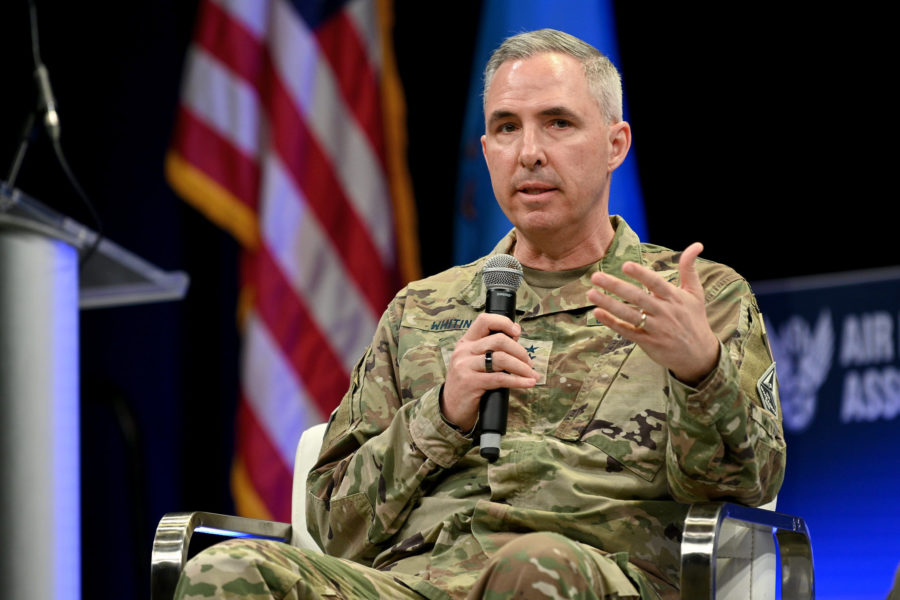 Space Force operators and intelligence specialists will work side by side in the future to deliver the full “TPED” intelligence cycle—“tasking, processing, exploitation, and dissemination”—said Space Force Lt. Gen. Stephen N. Whiting.

Whiting commands the Space Force’s Space Operations Command, or SpOC. In the July 7 episode of the Aerospace Corp’s Space Policy Show, Whiting said intelligence is one of SpOC’s four “core competencies,” alongside cyber, operations, and combat support. Intelligence is an area where he said the service has made the most progress so far.

SpOC’s Space Delta 7—organizationally similar to an Air Force wing—sends intelligence detachments to other deltas around the service. This helps tailor intelligence assets to the given mission, delivering intel “right into their ops floor,” Whiting said. “So if you are at Space Delta 4”—the missile warning delta at Buckley Space Force Base, Colo.—“all of that intel is about missile warning, missile defense, and the threats to those systems.”

The Space Force will add three more intelligence squadrons “over the next couple years,” enabling the command to carry out the full “TPED” cycle, “all focused on space,” Whiting said.

Now that there is a Space Force, intelligence Guardians can be space specialists “instead of bouncing in and out and going and doing other things.” Space operators and cyber specialists will “grow up together” with their counterparts who specialize in intelligence, Whiting said.

“In fact, we talk about a left-seat, right-seat model, where—when our space operators or cyber operators are ‘executing mission’—there’s an intel operator sitting right next to them bringing them that intel that they need,” Whiting said. “And they’re going to figure out new ways of operating that I think are going to be eye watering as we move forward.”

In an interview with AFA’s Mitchell Institute for Aerospace Studies in May, Whiting said governments such as China’s and Russia’s can attack satellites in orbit, but that cyberattacks offer a “lower bar to entry” to lesser powers, such as Iran or North Korea. Space systems’ cyber vulnerabilities represent the “soft underbelly” of the U.S. satellite infrastructure, Whiting said.

“So everything we do has to be relative to the threat,” Whiting said July 7. “In fact, the threat is the reason we have a U.S. Space Force.”