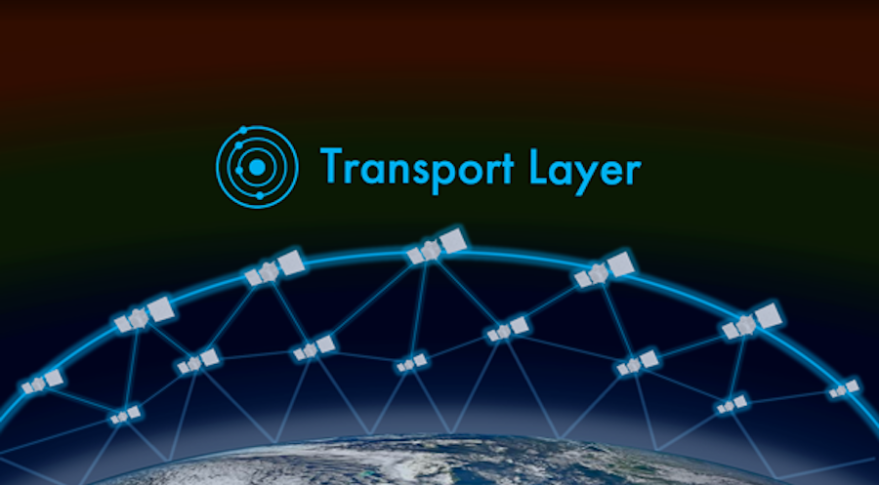 COLORADO SPRINGS, Colo.—The Space Development Agency will soon issue an official request for proposals for its Tranche 1 Transport Layer, which will provide the Defense Department a range of options for sharing information if signals are jammed or systems destroyed. The solicitation comes as the Department of the Air Force moves out on plans to build a more resilient satellite architecture.

“Resiliency isn’t just about the individual satellite—it’s about the architecture, and it’s about a range of features that you can bring to bear,” Air Force Secretary Frank Kendall said at the Space Symposium in Colorado Springs, Colo., Aug. 24.

The Space Development Agency on Aug. 30 will release a request for proposals for up to 144 satellites that would eventually form a transport layer of 300 to more than 500 satellites in low Earth orbit. The massive constellation will provide assured, resilient military data and conductivity over 95 percent of Earth with at least two satellites at any given time. One satellite will be in view over 99 percent of the locations on Earth to provide constant, worldwide coverage with optical inter-satellite links that perform better than existing radio frequency links.

Space Development Agency Director Derek M. Tournear told journalists at the symposium that the first tranche of satellites to enhance transportation and tracking are scheduled to launch in late 2024.

“That’s kind of what we think the reality is at this point,” he said, when asked if that’s too long to wait. “We have fiscal realities, and then we have production realities that have to be matched.”

The constellation will be capable of processing a high volume of data with minimal delay, forming the “backbone” for combined joint all-domain command and control to quickly deliver sensor-to-shooter and direct-to-weapon connectivity, according to SDA.

Kendall said the Air Force has long talked about employing a disaggregated and proliferated satellite architecture for greater resiliency.

“Instead of putting all of our value, if you will, into one or two satellites, we distribute it out over a wider architecture, [which] makes it harder to attack,” Kendall said. “What we need to do first is make sure we understand our requirements and what it is we’re going to try to buy, and then you move out as quickly as you can.”

In the future, Kendall said tools like automated manufacturing and abbreviated testing can be used to save money. “Those are all part of the process potentially,” he said.

Chief of Space Operations Gen. John W. “Jay” Raymond said the fundamental building blocks are already in place to “make that shift toward a more resilient architecture,” noting he has the capabilities to protect satellites currently on orbit.

“As we’ve said all along, we will be prepared to protect and defend our capabilities. We are prepared to do that today,” Raymond said.