Something to Dwell On 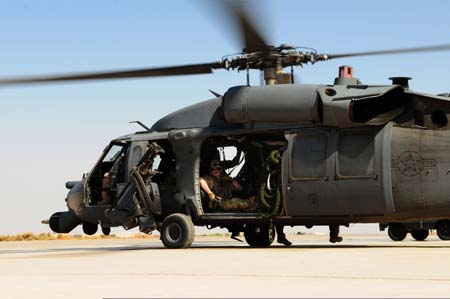 Air Force search and rescue crews are some of the most highly taxed airmen in the force, says Maj. Gen. David Scott, operational capability requirements czar on the Air Staff. “The dwell time for these young men and women is as high as any dwell time that we have in the Air Force,” Scott told House defense appropriations overseers in late February. In fact most of them spend as much time deployed on operational assignments as they do at their home stations, meaning a 1:1 dwell time, he said. “For some of them, it’s even a little worse, about 0.98[:1],” he noted. Despite these burdens, USAF rescue airmen still follow the “golden hours rule,” getting wounded warfighters to a facility for medical treatment within 60 minutes, said Scott. “They are meeting that requirement and doing that job superbly,” he said.