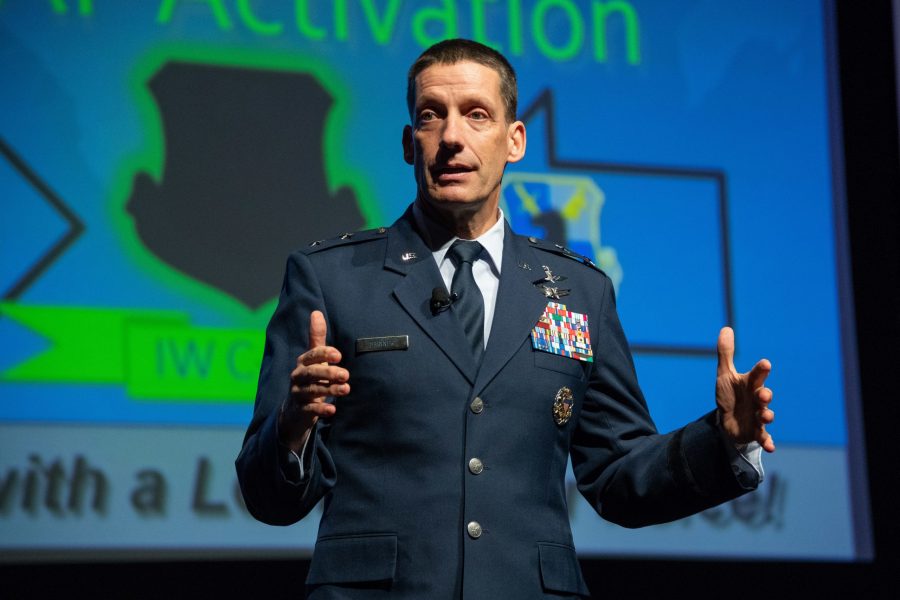 The Senate on Oct. 26 confirmed Maj. Gen. Robert J. Skinner as the next head of the Defense Information Systems Agency, as well as for promotion to lieutenant general. He will replace Navy Vice Adm. Nancy A. Norton as DISA director.

Skinner, who currently oversees command, control, communications, and cyber operations for U.S. Indo-Pacific Command in Hawaii, was nominated for the new job in September. He’s returning to DISA after serving as its chief of staff from September 2014 to March 2015.

The DISA director “leads more than 8,000 military and civilian personnel who plan, develop, deliver, and operate joint, interoperable command-and-control capabilities and defend an enterprise infrastructure in more than 42 countries,” according to the agency’s website.

He’ll be dual-hatted as commander of Joint Force Headquarters—Department of Defense Information Network at Fort Meade, Md. That organization handles cybersecurity and resource needs on the Pentagon’s IT infrastructure, from personal devices to cloud services that connect into the DODIN.

Skinner has jumped jobs often in the past few years: He joined INDOPACOM in October 2019 after running Air Forces Cyber for about a year. Before that, he was deputy commander of Air Force Space Command—predecessor to the Space Force—for one year.

“As the Air Force’s top cyber leader, he drove several critical initiatives in 2018, including the AFCYBER Insider Threat Program, the 33rd Network Warfare Squadron’s embrace of agile defensive cyberspace operations, and a series of groundbreaking cyber hunt missions across the U.S. military’s logistics and airpower bases in South Korea,” Federal Computer Week wrote in its 2019 list of the 100 most important people in federal technology roles.

He’s advocated for better-equipped and trained cyber forces as threats to America’s digital networks continue to grow. He has pushed for operations floors where ISR, cyber, EW, information operations, and space professionals work side by side for faster, multifaceted responses to problems.

In his new job, Skinner will have an important voice in the Pentagon’s attempt to adopt software that shares data with other systems and parts of the military more fluidly.