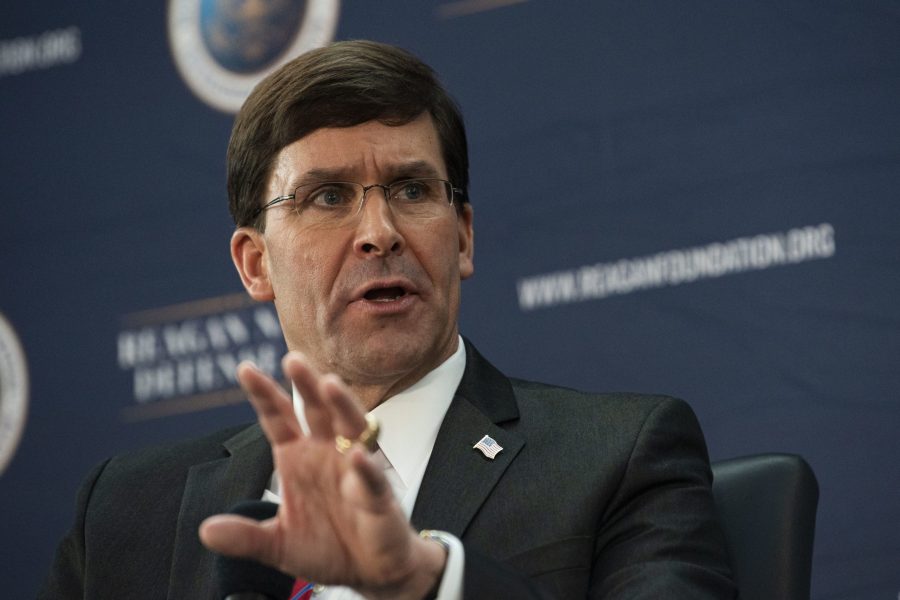 SIMI VALLEY, Calif.—The military is reviewing its security precautions and vetting of foreign nationals training at US bases following the Dec. 6 shooting at NAS Pensacola, Fla., but military officials are cautioning about cutting back on this training in the future.

A Royal Saudi Air Force officer who was in the US for flight training opened fire in a classroom at Pensacola, killing three before dying in a shootout with police. Defense Secretary Mark Esper on Dec. 7 would not say the incident was terrorism, cautioning drawing conclusions before the investigation is completed.

The Pensacola shooting happened less than 48 hours after a US sailor opened fire at JB Pearl Harbor-Hickam, Hawaii, killing two Defense Department civilians. Chief of Naval Operations Adm. Mike Gilday said the Navy is “approaching those investigations very, very carefully so we’re consistent in how we look at both events.” When asked if the Pensacola incident was terror related, he said at the Reagan National Defense Forum here that it is “too early in my opinion … to draw those types of conclusions.”

Esper said he directed the services to review their precautions at bases to ensure they have the “appropriate degree of security.”

The Pentagon is also reviewing how it vets the foreign nationals who come to the US for training. Currently, prospective trainees are vetted by the departments of State and Homeland Security before being reviewed by the Pentagon.

The Pensacola incident prompted strong response by lawmakers, and could result in reductions to the number of trainees who come to the US for training. Air Force Chief of Staff Gen. David Goldfein, speaking Dec. 7 at the Reagan forum, said he is worried about the impacts of possible cuts. This could have a large impact on the interoperability of allies and partners with the US, which is “an asymmetric advantage we bring.”

“My biggest concern would be to walk away from a key relationship with folks we need when we go into combat,” he said.

Both Esper and Army Chief of Staff Gen. James McConville said the incident does not impact their view on the alliance with Saudi Arabia.

“Saudi Arabia’s a long-standing partner of ours” with a mutual interest in countering Iran, Esper said.