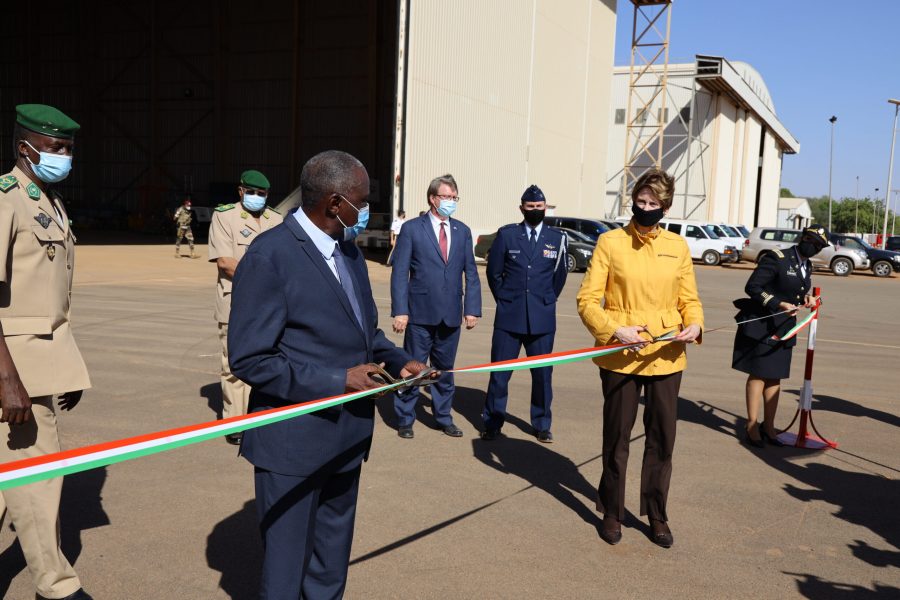 On Jan. 4, Barrett visited Niger, where USAF has operating bases, to participate in a ceremony for the delivery of the country’s first C-130. Since 2015, the U.S. military has provided more than $30 million to develop the Nigerien Air Force’s C-130 program, including training, spare parts, infrastructure, fuel and support equipment, according to a U.S. Embassy release. The delivery of the aircraft makes Niger the 70th country to fly the C-130.

“Standing shoulder to shoulder, the U.S. and Nigerien forces have united to advance mutual security and trust. We deeply appreciate the many ways our nations work together,” Barrett said in the release. “Today’s ceremonial delivery of Niger’s new C-130 is an important milestone in furthering our robust partnership and the interoperability of our air forces.”

The U.S. has so far trained 16 Nigerien pilots, 19 maintainers, six crew chiefs, five loadmasters, and one flight engineer, along with spending $17 million to upgrade a hangar at Air Base 201 in Agadez—the location of a USAF MQ-9 Reaper presence.

Barrett also visited Nigeria Jan. 4-5, with a key focus of the meetings on the Air Force’s plan to deliver 12 A-29 Super Tucano light attack aircraft starting this year. The Air Force plans to train 60 Nigerian pilots, instructors, and maintainers over 12 years, largely at Moody Air Force Base, Ga.

While there, Barrett visited Nigeria’s Defense Space Administration, starting the first collaboration between U.S. and Nigerian defense space personnel, according to a U.S. Embassy in Nigeria release.