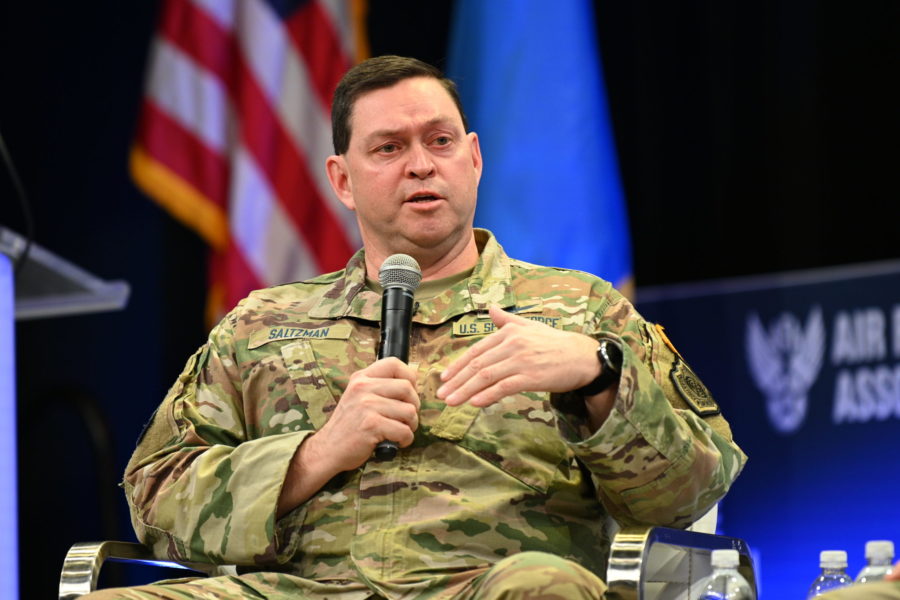 Chief of Space Operations Gen. B. Chance Saltzman has set his priorities for the Space Force, defining three critical areas of focus: combat-ready forces, personnel management, and partnerships—with the other military services, other agencies, and with allies.

Taken together, the three letters represent Saltzman’s first direct, broadly published guidance to Guardians about where the Space Force is headed under his leadership. He succeeded Gen. John W. “Jay” Raymond as the service’s second-ever CSO on Nov. 2, 2022.

Saltzman’s push for combat-ready forces is more about training and preparedness than fielding resilient new satellite constellations. “A capable and resilient weapon system will be operationally ineffective if its personnel, expertise, tactical employment, and sustainment are insufficient for the mission,” Saltzman wrote.

Resiliency, which Raymond cited as his “No. 1 priority” for the Space Force remains essential, Saltzman said. But he takes a more expansive view, seeing threats not only to satellites but also “ground stations, networks, data, and mission-critical support facilities,” he wrote. Adversaries seek to exploit weakness and vulnerability wherever they can find it, and it is incumbent on Guardians to ensure they can fight through such attacks.

The Space Force’s role is to present space capability to the Joint Force—including personnel ready to “conduct prompt and enduring operations against an adversary.”

During his confirmation hearing before the Senate last September, he stressed the need to invest in test and training technology so that Guardians are prepared for real-life threats, and re repeaded that refrain in his letter.

“We must have range capacity and representative training devices capable of preparing Guardians to engage a thinking adversary in a realistic threat environment,” Saltzman wrote.

Similarly, the CSO echoed previous comments about the need to develop tactics, techniques and procedures for space operations. “Operational concepts and tactics must be continuously developed, assessed, and enhanced through a service-wide campaign of learning, led by the units entrusted with our systems,” he wrote.

Together, these traits are the keys to “taking care of Guardians,” Saltzman said, promising more details in a forthcoming “Guardian Handbook,” which will expand on the “Guardian Ideal” released in September 2021, the service’s foundational approach to talent management.

Saltzman acknowledged that in the Space Force’s quest to take care of Guardians, “we have not reliably hit this mark in the past,” an apparent reference to complaints about the “Semper Soon” catchphrase used by Guardians frustrated by the service’s slow progress on structures and policies. The CSO said he is committed to personnel processes that are “transparent, predictable, and professional.”

Emphasizing the need for cooperation with a broad range of different organizations, Saltzman wrote in the third letter that “even with superlative talent and exceptional capabilities, the Space Force will not succeed without robust joint, coalition, international, interagency, academic, and commercial partnerships.”

As examples of those partnerships, Saltzman noted the Space Force’s close ties with both the Air Force, which provides much of the service’s support functions, and the National Reconnaissance Office. But Saltzman also wants the Space Force to engage with international allies, academia, industry, and others. “Foreign exchanges, deployments to industry, university partnerships, reverse industry days, security cooperation initiatives, and shared PME opportunities” are all avenues for partnering to make the Space Force stronger, he said.

The Space Force’s University Partnership Program has more than a dozen members, and it has already held a number of so-called “Reverse Industry Days,” where industry shares what it has to offer, as opposed to listening to service officials describe their needs. The Service’s partnership with Johns Hopkins University is another key partnership, one that will largely replace the need for its own War College.

Describing the three letters together, Saltzman said he hoped the newly defined lines of effort will generate “serious discussion at all levels,” and that “command teams are empowered to accelerate activities that align with these LOEs and discard activities that don’t.”