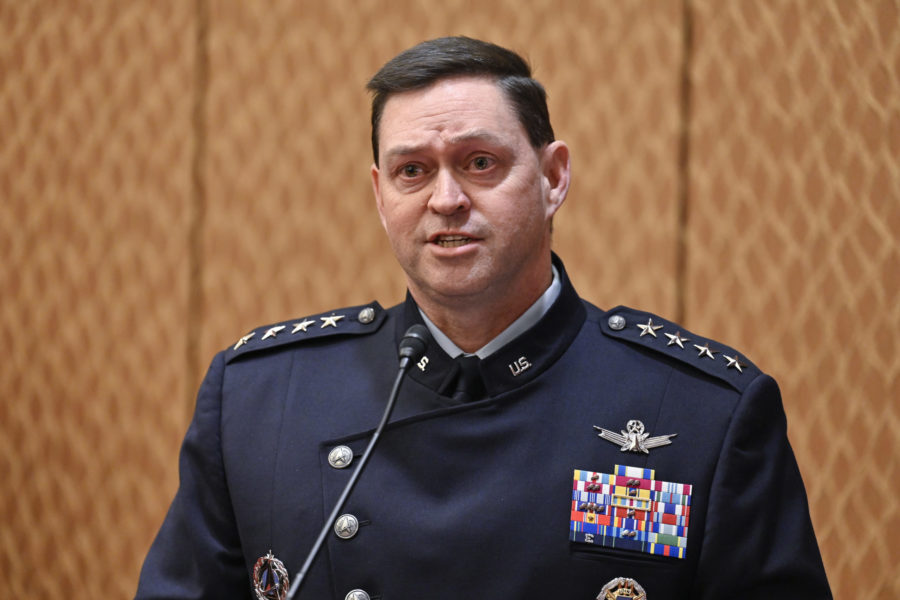 Then-Lt. Col. B. Chance Saltzman was the commander of the 614th Space Operations Squadron, working at what was then called the Joint Space Operations Center at today’s Vandenberg Space Force Base, Calif.

The JSpOC was less than two years old, still “a nascent capability,” recalled Saltzman, now the Chief of Space Operations. “We were in a very small room, in the third floor of the 14th Air Force headquarters … and our job was to collect statuses, mostly the space domain awareness—we called it space situational awareness back then—about what’s going on in orbit.”

On Jan. 11, 2007, as the command was monitor a Chinese anti-satellite test—“To be honest, I think there was this feeling that, you know, it was just going to be a test”— and then in happened. “I remember very clearly, the radar operator who’s looking at his chat rooms connected to the ground radars spread around the world, and he looked back over his shoulder and he said, ‘We have multiple headcount.’ And that’s space domain awareness talk for ‘One object in space just became many objects in space.’”

Instead of a test, it had been a demonstration of capability: “a destructive test that created a debris field,” Saltzman recalled during a pre-recorded conversation shared by the Space Force Association.

China’s destruction of one of its own weather satellites by means of a modified ballistic missile created the largest-ever debris field in space, with more than 3,000 trackable pieces. More than 15 years later, the International Space Station was forced to maneuver to avoid some of that debris last year, a reminder of its lasting impact.

“I just remember vividly the feeling that this is a pivot point in the space community and in space operations, and that we’re going have to look differently about how we operate space from that day on,” Saltzman recalled. “And for those of us that are neck deep in the business, we did have to think differently from that day on.”

That “pivot point,” as Saltzman called it, eventually led to the creation of the Space Force, as the Pentagon, Congress, and presidential administrations came to understand that “the threats are bad enough, our dependencies on space are strong enough, that we’re going to have to focus differently and it made sense to build the service,” Saltzman said.

Now, a little over three years after the USSF’s creation, the service is still evolving, both in how it deals with China and with such anti-satellite tests.

The Pentagon has grown increasingly concerned about China’s ambitious military space program, and concerns about a new “space race” are growing. China hasn’t carried out a publicly reported destructive ASAT test since 2007, but it has experimented with other offensive capabilities, moving close to other satellites and employing a robotic arm designed to grab and disrupt other satellites.

Russia demonstrated its destructive ASAT capability in November 2021, creating another large debris field of more than 1,500 trackable pieces. And since its invasion of Ukraine began in February 2022, Russia has voiced threats against Western satellites aiding Ukraine’s war effort, potentially making commercial satellites into targets as well.

“It’s a dynamic security environment,” Saltzman said. “So you can never just sit back and say, ‘OK, we got this figured out.’ We’ve got to continually monitor how we respond, what the threats are, how space is being used, from the tactical level and at the strategic level.”

And just as the Chinese test in 2007 proved to be a critical moment in space history, Saltzman hinted that the Russian war on Ukraine could also prove hugely consequential for the future.

“And so we’ve got to take all that in,” Saltzman said. “Space is critical. Adversaries are going to attack space. It’s critical on the ground as well as in space, and a disaggregated architecture becomes more resilient and that matters in terms of creating combat capability.”