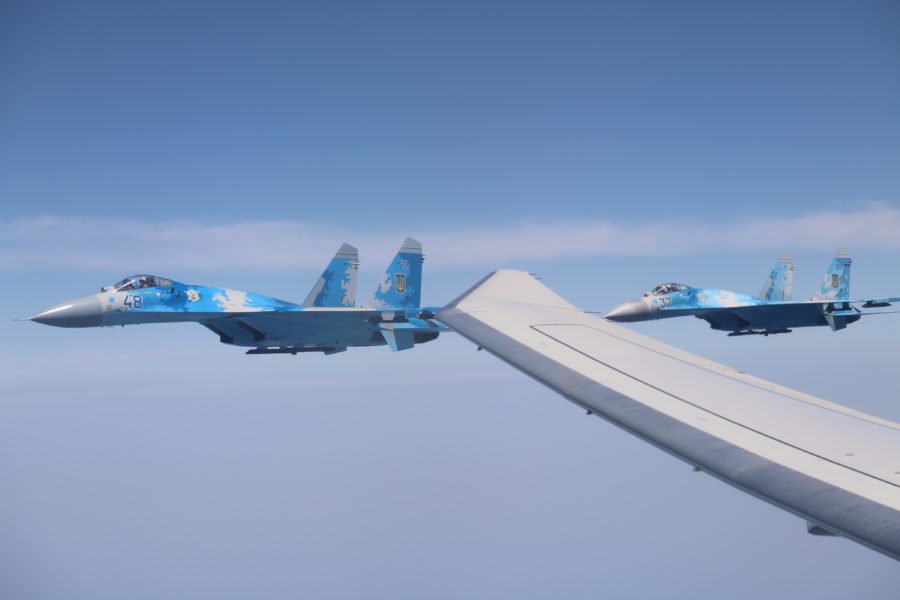 Vladimir Putin is not happy about recent American and NATO exercises in the Black Sea, ordering the bombing of simulated enemy ships and conducting aerial denial tests in a region he believes to be within Russia’s sphere of influence. And Pentagon spokesman John F. Kirby says that’s just fine.

“I know of no infringement on our ability to exercise in Sea Breeze by Russian activity,” Kirby said of the two-week exercise hosted by Ukraine that concludes July 10.

The U.S. and Ukrainian navies, including Airmen from the 7th Special Operations Squadron, 5,000 military personnel, 30 ships, and 40 aircraft from the U.S., Ukraine, and NATO ally and partner nations, are helping to strengthen Ukraine’s capacity to protect its territorial waters after losing 70 percent of its naval fleet to Russia in 2014.

As to whether Russia announced their aggressive exercises in advance or created a deconfliction channel, Kirby referred Air Force Magazine to Moscow.

Meanwhile, on July 2, NATO partners Greece, Romania, and Turkey participated in air defense exercises in the Black Sea. The U.S. maintains a steady rotational presence in the countries of the Black Sea in order to deter Russian aggression. Crimea is just 200 miles from NATO shores.

Two NATO air policing fighter jets are on constant standby at Romania’s Mihail Kogălniceanu Air Base, an air base subsidized by American European Deterrence Initiative funding and used by some 200 American troops on rotation in the country.

“Joint air policing missions contribute to the development of response and deterrence capacity,” the Romanian Ministry of Defense told Air Force Magazine in a statement about the role of its F-16’s.

The July 3 Russian exercise with Sukhoi fighters and bombers practiced missile and bombing strikes against mock enemy vessels, according to Reuters. Only days earlier, al Jazeera reported that Russia tested its S-400 air defense systems, part of the anti-access and area denial system placed on the heavily militarized Crimean peninsula.

Russia’s aggressive response is in addition to a massive disinformation campaign that portrayed the American ships as entering Crimea’s territorial waters in a provocative way.

Kirby said the naval exercises have been operating in international waters.

“It’s a defensive exercise, and it’s one of the most robust Sea Breeze exercises we’ve conducted to date,” he said. “We are proud of the interoperability and the capability that it’s showing that we can have with international partners in that international seaway,” he said.