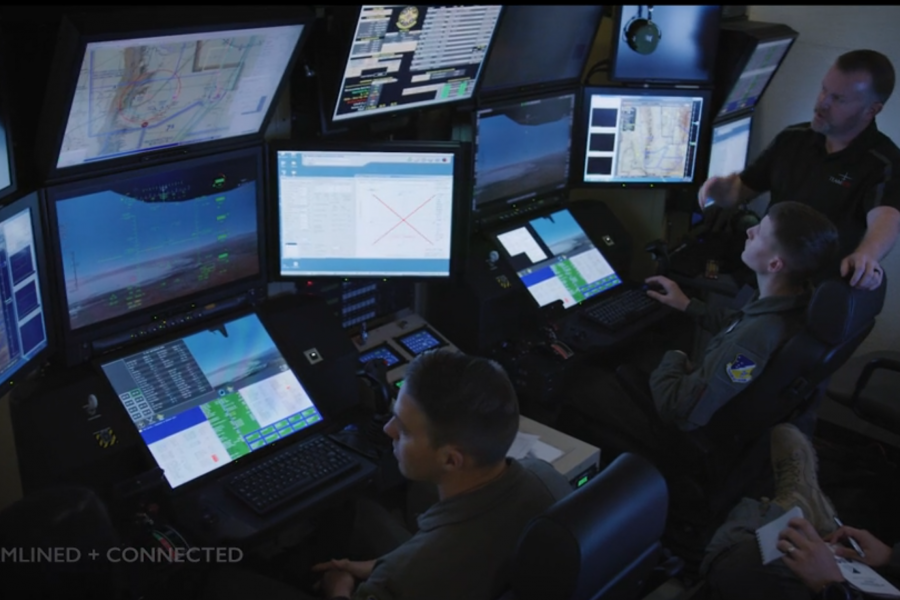 Air Education and Training Command’s RPA Training Next effort wants to overhaul how the Air Force builds future RPA pilots and sensor operators. More specifically, it wants to give Airmen more personalized journeys through the RPA training pipeline instead of making them adhere to a one-size-fits-all path to their careers.

“What we determined we needed to do was take a holistic approach to training, take a look at the entirety of the pipeline from what we’re calling ‘cradle to combat,’ and to find better ways of learning [and] better technology to increase the realism of the training in order to produce a higher-caliber pilot and sensor operator for remotely piloted aircraft platforms,” explained Maj. Adam Smith, the initiative’s former director whom the Air Force tapped to help stand it up, in a recent AETC podcast episode about the endeavor.

The proposed pipeline revamp would include consolidating the RPA Instrument Qualification Course and the RPA Fundamentals Course into a single class to be led by the 12th Flying Training Wing, according to a command release.

According to Smith, this new class—deemed the RPA Course, or RPAC—will frame training objectives in the context of mission goals, and is expected to reduce the length of the course by 22 days.

“Students are not just flying a teardrop hold as the FAA might ask them to do, but there is a reason why they are holding—it’s to talk to a joint terminal attack controller on the ground, or to avoid a threat, or wait to get clearance,” Smith said in the release.

Teaching these future pilots about JTACs’ roles and how to interact with them earlier on will tentatively enable formal training unit instructors to teach Airmen more advanced skills, according to the release.

Future sensor operators usually take their own introductory class, called the Basic Sensor Operator Course, Smith said in a recent interview with Air Force Magazine. However, he said, the RTN team is examining how it can combine that course with the RPA Course, and that RPAC will eventually be an umbrella introductory course for both types of trainees.

Once pilot and sensor operator trainees graduate from RPAC, the plan is to send them to formal training units specific to their desired careers.

Pilots destined for the RQ-4 Global Hawk will head to Beale Air Force Base, Calif., where Smith said their training will revolve around “high-altitude intelligence, surveillance, and reconnaissance,” as well as “transoceanic crossings” in accordance with that particular drone’s mission taskings. Future Global Hawk sensor operators also will finish their training at Beale, Hawkins said.

The plan should let USAF train-up a new RPA pilot or sensor operator in approximately one year’s time, the release stated. RTN is also attempting to make transitions between different training phases seamless to minimize the potential for this timeline to be dragged out, it noted.

The proposed overhaul would give pilots and sensor operators approximately a month of side-by-side training time during the undergraduate phase of the pipeline, Smith noted on the podcast.

“The sensor operator is an integral component to how we operate and fly RPAs in the Air Force today and well into the future, so we need to ensure that they are getting the training that they need to be that combat-ready aircrew coming out of training,” he said.

Additionally, RPA Training Next wants to change how USAF uses technology to prepare these Airmen for their future jobs by exposing them to the kind of tools they’ll use in the field starting in early stages of training, Smith told Air Force Magazine.

This includes additions to T-6 simulators currently used for RPA training, such as targeting pods for use by sensor operator trainees, chat functions, and more screens that’ll provide Airmen with a “moving map display” from which to navigate.

The initiative also wants to give Airmen early exposure to artificial intelligence.

One application would include “pattern of life, which injects realistic entities into” its T-6 simulator so students can practice skills such as intelligence, surveillance, and reconnaissance and weapons deliveries in a realistic environment and see how their efforts would likely play out in a real-world scenario, he explained on the podcast.

Another application would be AI-based coaching, in which the AI could observe a trainee’s actions and give their instructor individualized insights to help that student, he added.

But getting Airmen to use AI is just one hurdle. RPA Training Next also wants to train them to trust it.

For this reason, Smith said, the initiative wants to inspire Airmen’s faith in AI early on in hopes that it’ll lead them to trust and act on its findings in later stages of training.

He likened the comfort-zone curve to using GPS navigation for the first time. If you’ve never used an application like Google Maps or Waze before, he said, you’re likely to trust your own judgement over its advice the first time you receive a direction that seems dubious.

“But then as soon as you reach that traffic in front of you, maybe caused due [to] a crash or some other problem with road construction, you’re gonna realize, ‘wow, I should have maybe listened to what it said and turned back to the mile ago, and I wouldn’t have been stuck in this traffic for an hour,’” he said on the podcast. “And I think once you start to build that trust in the software, that’s when you really start to see some big gains coming through.”

The ultimate goal of this technological immersion is to start cultivating the skills Airmen will need during their time in the formal training units and in combat, alike, from “virtually Day One of training,” Smith said. And for some of these Airmen, their introduction to mission-essential technology may begin as early as their time at the U.S. Air Force Academy, he noted during the AETC podcast.

However, Smith told Air Force Magazine, RPA Training Next isn’t trying to make trainee pilots and sensor operators only loyal to the tools and airframes currently at their disposal.

“Everything we’re developing we’re trying to make sim, and aircraft, and device agnostics, because we really don’t know what the future holds, right? So we need to ensure that we’re able to adapt to the changing mission sets that might come online in the future for RPAs, or different airframes that come about,” he said.

Though they’re examining the T-6 for now, since it’s been used for previous training and materials are readily available, the initative’s training airframe of choice “will likely change at some point,” he said.

The RPA Training Next team and 19th Air Force are on track to start small-group training experiments this summer, Hawkins said. However, the timeline and methodology for rolling out the proposed changes to the USAF’s overall pipeline have yet to be determined, since the results of the test runs and COVID-19 pandemic impacts must be taken into account, Hawkins added.

USAF plans to establish a new RPA wing by 2024 to allow another squadron to take a hiatus from combat and focus on training. However, the Government Accountability Office recently questioned whether the service will have enough RPA pilots and sensor operators to pull that off, Air Force Magazine previously reported.