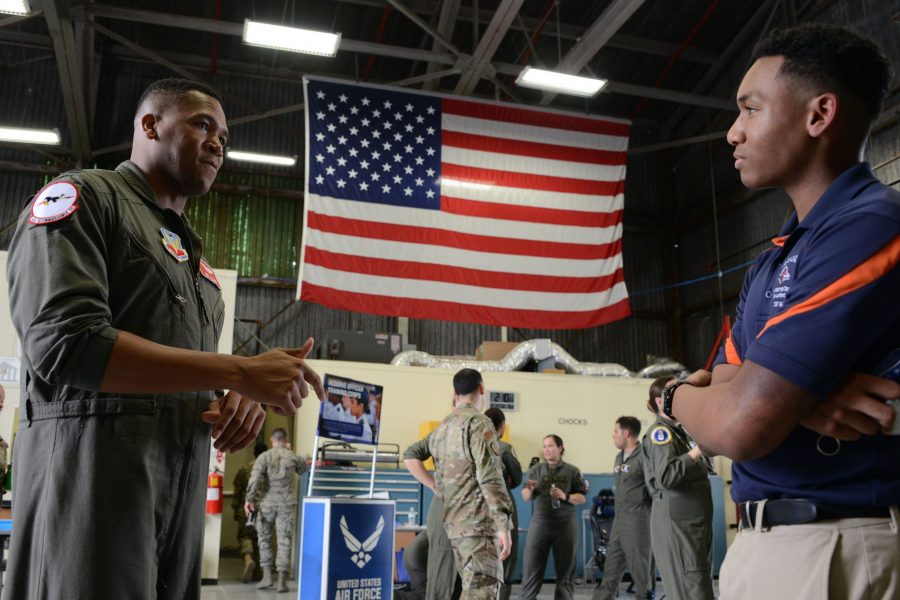 An extensive, 150-page report released Dec. 21 shows wide-spread racial disparities within the Air Force, with Black Airmen reporting distrust with their chain of command and military justice, and data showing Black Airmen are much more likely to face administrative and criminal punishment compared to white Airmen.

The Air Force Inspector General’s Independent Racial Disparity Review is based on more than 123,000 survey responses from Airmen, 138 in-person sessions at bases across the department, and 27,000 pages of responses. The review was launched in June following a nationwide reckoning on race relations in the country, and even those behind the effort were surprised at the response.

“The pent-up angst, … the volume was surprising,” USAF Inspector General Lt. Gen. Sami D. Said said in a briefing Dec. 21. “When we asked for feedback, I expected to get feedback. But we were just drowned with feedback. So, the Airmen were very eager to tell … their story. They wanted their voices heard. So glad we did that element of the review. And I was, at first, like ‘Wow.’ I realized the response would be high, but this was unprecedented, overwhelming.”

Broadly, the Airmen participating in the review shared how they personally have faced disparities. The survey responses reported that:

Black Airmen in the service are twice as likely to be stopped by Security Forces and 1.64 more likely to be suspects in Office of Special Investigations cases.

Outside of criminal justice, Black Airmen are underrepresented in operational career fields, and overrepresented in support career fields. Specifically, as of May 2020 there were only 305 Black pilots out of about 15,000 Active Duty pilots in the Air Force. As of July 2020, there were about 19,000 rated officers in the rank of O-5 and below, with Black officers making up just 3 percent of that.

Said said the IG Office itself also was called out in the report, with Airmen raising concerns about the effectiveness of equal employment offices and the IG system as it pertains to handling claims of bias. Specifically, Airmen are worried that IG investigations are not independent from the chain of command and in turn face influence from commanders, the claim is not taken seriously, or it is not handled in a timely manner. This is an issue the IG is aware of and was already moving on by changing regulations.

“If you get a complaint at the IG level at the installation that in any way shape or form compromises the local leadership in their ability in dealing with it, whether the complaint is about them or the system not reacting, which they own, the issue has to be elevated outside that organization,” Said said.

Other recommendations and efforts include:

While the review found and confirmed several disparities in the experience of Black Airmen compared to other races, the report did not state that there is racism in the Air Force. Such a determination was not in its directive, Said said.

“Importantly, this review was not chartered to determine whether or not racial bias or discrimination is present,” the report states. “Such an examination would require considerable social sciences expertise, a broader look at American society in general, and was outside the defined scope.”

Brown said the review has opened the eyes of many leaders, and committed to continuing discussions and working toward “lasting change.”

Raymond echoed those comments, calling on Space Force leaders to continue having the tough decisions as the it builds up the new service around a culture of inclusion.