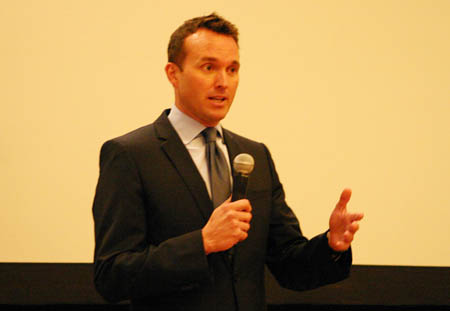 As the Air Force runs through its Fiscal 2015 program objective memorandum build, Air Staff officials are taking a broad look at entire fleets of aircraft, specifically “single-mission” platforms, Air Force Acting Secretary Eric Fanning told reporters on Monday at AFA’s 2013 Air and Space Conference in National Harbor, Md. Reports have indicated the A-10 and even the KC-10 are endangered in a theoretical worst-case budget scenario for 2015. Fanning explained that the budget sequester mechanism is forcing these scenarios. “It’s the first time we’ve ever had a ramp quite like this in a drawdown. . . . It’s immediate,” he said. The service needs to achieve savings in execution, and has to do it immediately since Congress has walled off any BRAC rounds, and getting savings out of personnel cuts takes more than a year to achieve. If the service wants to protect core programs like the F-35 and KC-46, this puts a lot of pressure on the remaining force structure. “You have to get the tail that’s associated with a fleet,” said Fanning. Planning for a worst-case-scenario sequester budget includes some “very painful decisions and painful cuts” that will be very damaging to readiness, and will be very expensive to fix in the long term, he said.