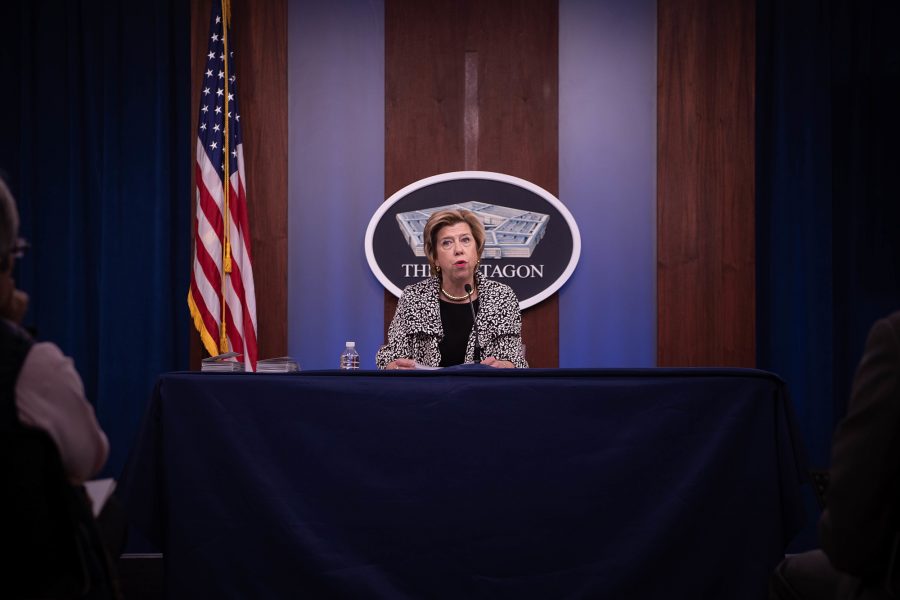 “We’re looking at small, modular nuclear reactors,” Lord said at a McAleese and Associates conference in Washington. “The concern is … what if the grid goes down?”

The Defense Department largely relies on commercial power supplies, which are increasingly vulnerable to cyber attack. In fiscal 2018, there were 562 utility outages at DOD installations that lasted eight hours or longer. The Defense Department’s 2018 Annual Energy Management and Resilience Report, the latest version of the report published online, estimated the financial impact for 223 of those events was $23.3 million.

Lord said her organization, in partnership with the Strategic Capabilities Office, is “pursuing the demonstration of a commercially developed, Nuclear Regulatory Commission-licensed, about two megawatt” reactor “that could power critical loads at a domestic military installation.” The SCO is funding development of a prototype, but the end product could also be used “in forward, remote operating locations.”

The device would be a “bridge between civil/commercial nuclear and DOD nuclear,” she later told reporters. “One feeds the other in terms of human capital.”

The Air Force is adopting a more expeditionary posture in the coming years that will require moving rapidly from one austere location to another, the better to complicate an enemy’s targeting problem. The service has been discussing development of modular airbase kits able to be quickly set up and broken down, and compact power generation will be a key element in the tactic.

Lockheed Martin has been working on a compact fusion reactor, or CFR, since at least 2014, with the ultimate goal of developing a unit that could power factories or towns, or, in the more distant future, aircraft. Lockheed Skunkworks chief Jeff Babione told Air Force Magazine last year that he expects a marketable product from the research as early as the mid-2020s. However, Lord did not indicate whether the small powerplants the Pentagon has in mind would be fission or fusion devices.

The Air Force experimented with nuclear-powered aircraft designs in the 1950s, but abandoned the concept due to the risk of crashes and the danger to crews from radiation.