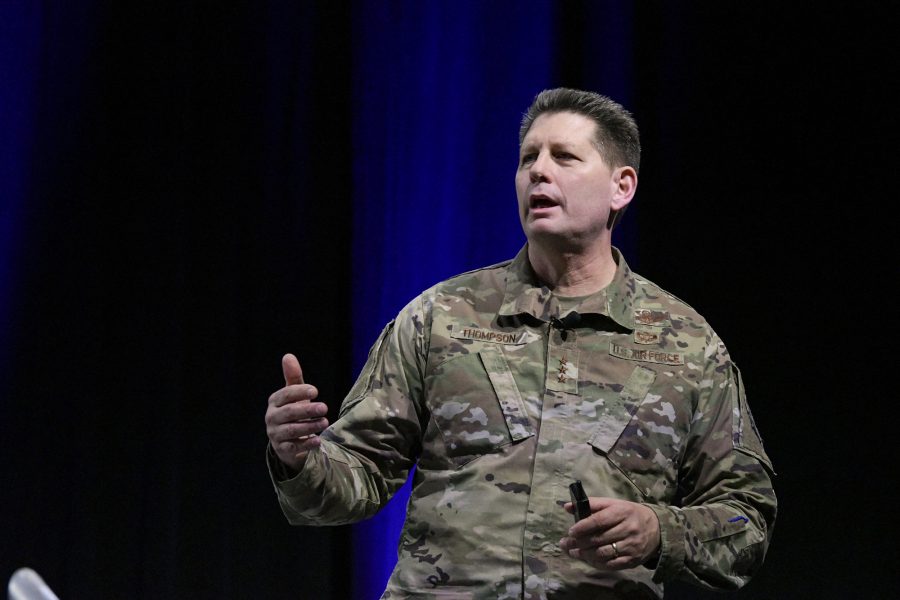 Space Force Vice Commander Lt. Gen. David Thompson indicated the military will add new locations to the list of bases under consideration for U.S. Space Command headquarters, saying some unexpected places could become home to parts of the new Space Force as well.

“We’re now going to take a holistic look at all of the potential options, all the potential locations,” Thompson said at a March 3 House Armed Services readiness subcommittee hearing. “We’ve been directed to go back, open up the aperture and look at all of them. That includes bases, it includes perhaps some non-traditional locations. We will absolutely establish the criteria we need for each of these organizations and base them accordingly.”

That could open the door to SPACECOM facilities in Florida, which was left off the list of possible locations for the combatant command’s headquarters. Florida hosts Patrick Air Force Base and Cape Canaveral Air Force Station, as well as neighboring NASA facilities, but it wasn’t in the running to become SPACECOM’s home. The Air Force oversees the search for a new SPACECOM HQ, which is temporarily located at Peterson Air Force Base, Colo.

Air Force spokeswoman Ann Stefanek declined to provide details to Air Force Magazine when asked for an update on the SPACECOM HQ basing process in late January and if the list had changed.

Defense Secretary Mark Esper said March 4 it was his decision to give the basing process another try after lawmakers complained it was unfair and not transparent enough. They aired their concerns around the time Esper was confirmed as the Pentagon’s top civilian last summer.

“There were a number of complaints, and I directed at that time that we pause in place,” Esper said of the decision to broaden the search. “We [Esper and Deputy Defense Secretary David Norquist] directed that it be revisited and a different approach be taken where they outline the screening criteria by which a place would meet as a qualifying material, that we would go out to all members and offer them to nominate locations, if you will.”

Members could comment on that screening criteria and DOD would continue whittling down the location options that meet it, like the Army did when deciding to base Army Futures Command in Austin, Texas.

“Everybody had confidence that it was fair and that there were no politics involved in it, and that it was the best site for the mission at hand,” Esper said.

He believes it will take another several months to figure out where SPACECOM HQ should go, suggesting that it shouldn’t become a pawn in the 2020 presidential and congressional elections this November.

“I don’t see anything being announced … before the election,” Esper said. “I think it’s best to keep it out of the election.”

Editor’s Note: This story was updated on March 5 to include additional comments from Defense Secretary Mark Esper.