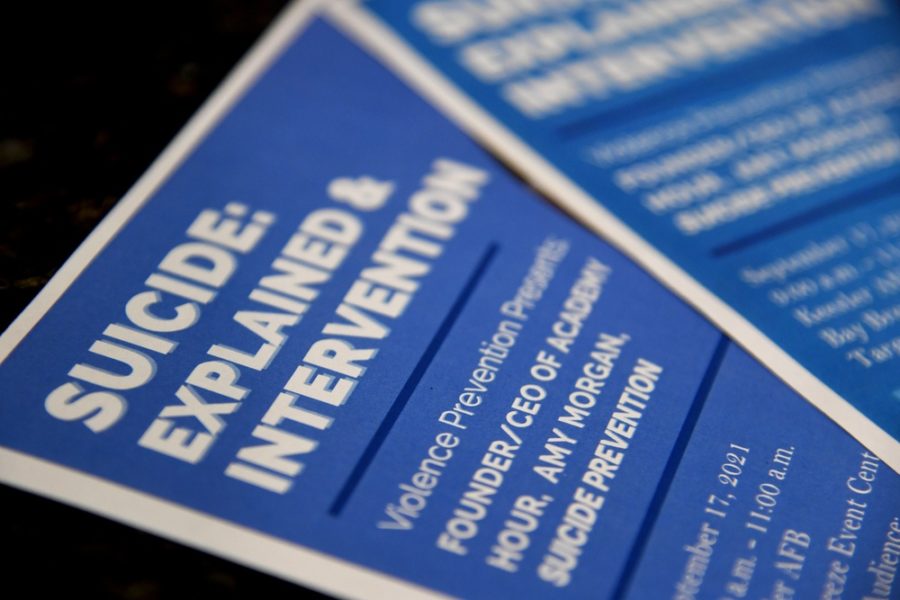 Five hundred and eighty service members died by suicide in 2020, the Pentagon announced Sept. 30, when the Defense Department released its annual suicide report.

Those 580 deaths mark the most the DOD has recorded in at least five years, with the Active-duty component accounting for 384, the Reserve for 77, and the National Guard for 119. In the Air Force, 81 Active-duty members, 12 Reservists, and 16 Air National Guard members committed suicide in calendar year 2020, according to the report.

“The findings are troubling. Suicide rates among our service members and military families are still too high, and the trends are not going in the right direction,” Defense Secretary Lloyd J. Austin III said in a statement accompanying the release of the report. “This is a paramount challenge for our department. We must redouble our efforts to provide all of our people with the care and the resources they need, to reduce stigmas and barriers to care, and to ensure that our community uses simple safety measures and precautions to reduce the risk of future tragedies.”

While the total numbers increased, the Defense Suicide Prevention Office found that the rate of suicides per 100,000 individuals did not increase by a statistically significant margin from 2019 to 2020, assuaging some fears that the COVID-19 pandemic would lead to a surge.

“But that doesn’t mean we are standing by,” said Army Maj. Gen. Clement S. Coward, acting executive director of the Office of Force Resiliency, in a press briefing. “When we start talking about the data and what it could indicate, we have always known that COVID and the measures to respond to it have presented unique challenges that would include risk factors for some folks. That’s why we’re not only continuing to monitor this, but we’re also continuing to be relentless to mitigate the [effects] as much as we can.”

From a longer-term perspective, though, the Active-duty component has seen a statistically significant increase in suicide rates since 2015, going from 20.3 deaths per 100,000 to 28.7.

As in years past, the rate of suicide continues to be highest among young enlisted men—enlisted men younger than 30 years old made up 42 percent of the total force but accounted for 63 percent of suicide deaths in 2020.

The primary method also stayed the same; firearms were used in nearly 69 percent of suicides in 2020.

“Part of it has to do with impulsivity; younger individuals and males tend to have a higher level of impulsivity,” Defense Suicide Prevention Office Director Karin A. Orvis said in a press briefing when asked why young men make up such an outsized portion of suicide deaths. “And when we’re talking about our military community, I mentioned that the primary method of suicide death is by firearm. That is the most lethal method, about 90 percent lethal. … This can be an impulsive act, and you can go from thinking to acting, if you have that capability or that means, within 10 minutes.”

While impulsivity is a factor, significant life events can play a role as well. Orvis noted that in the most recent data, about 40 percent of service members who died by suicide had had what she called a “relationship challenge” within the 90 days prior to their death. Financial issues have also been noted as a challenge in the lead-up to some suicides.

Those factors can be exacerbated by the COVID-19 pandemic, which has generally led to more isolation for many people. Looking to combat that, Orvis said, her office plans to expand some initiatives and introduce new ones.

“Part of that emphasis continues forward to this day,” Orvis said, namely, “checking in one on one, whether it’s face to face or whether it’s through a phone call, or a video message, or text messaging, to know what’s going [on] as a leader with your folks—so you can identify if there may be challenges going on at home in terms of relationship challenges or financial challenges,” Orvis said. “That’s absolutely critical, and that’s something we’re stressing.

“Then we do have a number of new initiatives in place … the new outreach campaign really targeting those healthy relationships and trying to change the perception of, ‘We all have relationship challenges,’ so we should be seeking out support and seeking help.”

For the third consecutive year, the annual suicide report also included data on military family suicides, though the data, based on the Centers for Disease Control and Prevention’s national death index, was from 2019, not 2020.

The data showed an increase in the total numbers, to a three-year high of 202 deaths, but Orvis noted that there was no statistically significant increase in rate.

Also as part of the annual report, the Pentagon included results from its first ever Quick Compass Survey of Active Duty Members, in which the department asked service members about their beliefs on firearms and suicide risk.

The survey, Orvis said, revealed that the majority of respondents held beliefs about firearms and suicide that run contrary to academic research and data.

In particular, 56 percent of respondents said having a firearm in the house did not increase the risk of suicide, and 66 percent said the way the firearms are stored had no impact on suicide risk. Studies have shown the opposite to be true.

“While the presence of a firearm does not cause someone to be suicidal, research tells us that storing a loaded firearm at home increases the risk of dying by suicide up to four to six times,” Orvis said. “… Such misconceptions can hinder suicide prevention efforts in our military community and across the nation. Knowing the facts may allow us to take life-saving steps to help our loved ones.”

The Veterans Crisis Hotline is available 24 hours a day, seven days a week, for veterans, service members, and their family and friends who need help. Call 800-273-8255 and press 1, text 838255, or visit www.veteranscrisisline.net.