Patriots Could Extend US, NATO Reach into Syria 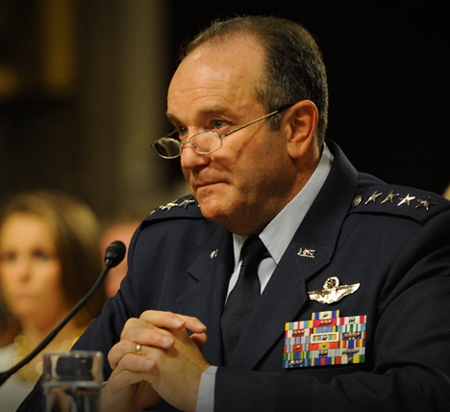 The Patriot batteries currently based in Turkey to shield the NATO ally against Syrian ballistic missiles could also, if repositioned closer to the Syrian border, help establish a safe zone in northern Syria to protect civilians and aid opposition forces fighting Syrian President Bashar Assad’s regime, said Gen. Philip Breedlove, US Air Forces in Europe commander, on Thursday. “They have the capability to do it,” said Breedlove in response to questioning during the Senate Armed Services Committee’s April 11 hearing to consider his nomination to be NATO’s Supreme Allied Commander in Europe and head of US European Command. There are currently six Patriot batteries stationed in Turkey: two US, two Dutch, and two German. While Breedlove agreed, when asked, that the presence of the Patriots would be a powerful deterrent to Syrian pilots flying over parts of Syria, he said “creating a safe zone in northern Syria” would require “much more” than just the Patriots. “It would probably require fixed-wing air, and other capabilities,” he said. Establishing a no-fly zone in Syria would start “with having to take down” the Syrian military’s integrated air defenses, he said. (Breedlove’s responses to advance policy questions)