Skip to content
2021 Outstanding Airmen of the Year honoree Tech. Sergeant Kelli A. Floyd was the sole enlisted unlimited contracting officer in Air Combat Command. She used her expertise to establish the Department of Defense’s first ever micro-grid. Air Force photo.
Expand Photo 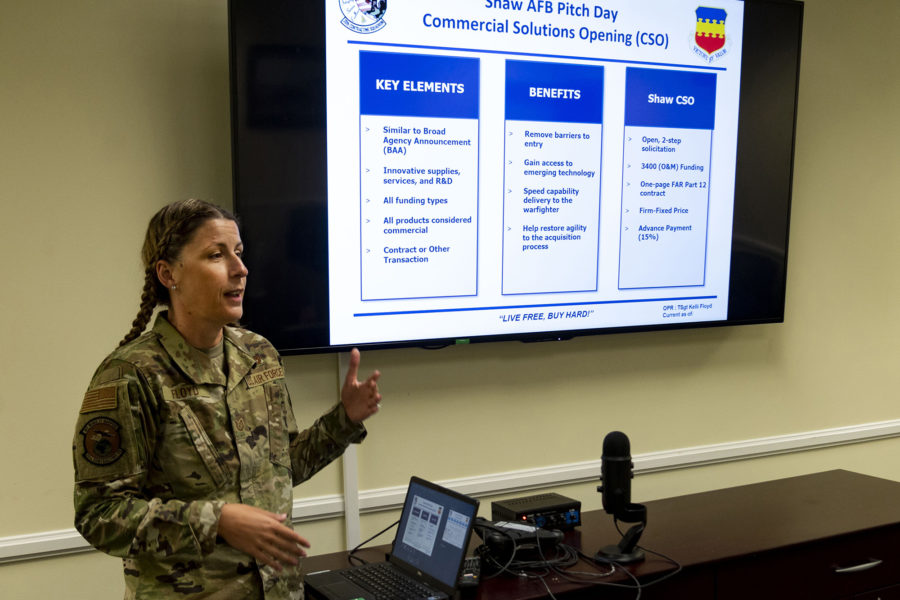 The Air Force’s 12 Outstanding Airmen of the Year for 2021 will be formally recognized at AFA’s Air, Space & Cyber Conference from Sept. 20 to 22 in National Harbor, Md. Air Force Magazine is highlighting one each workday from now until the conference begins. Today, we honor Tech. Sgt. Kelli Floyd, an infrastructure section noncommissioned officer in charge at the 20th Contracting Squadron at Shaw Air Force Base, S.C.

Floyd was the sole enlisted unlimited contracting officer in Air Combat Command. She used her expertise to establish the Department of Defense’s first ever microgrid—a groundbreaking contract worth $24 million. The grid provided 100 percent energy resilience for the 15th Air Force, Air Force Central Command, the 20th Fighter Wing, and all mission partners for the next 20 years.

As noncommissioned officer in charge, she led a pandemic support team that sourced personal protective equipment for 7,000 people and established the Air Force’s first contract for protective face coverings, three days before the Department of Defense mandate.

She was short-notice tasked to attend the Noncommissioned Officer Academy, where she led her flight of 15 members through a five-week virtual course and was named distinguished graduate.

“Kelli is a remarkable leader who truly understands our mission and, more importantly, does a phenomenal job developing future Airmen and shaping our Air Force of tomorrow,” said Maj. Titus Butler, 20th CONS commander, in a USAF release. “Her selection as one of the 12 Outstanding Airmen comes as no surprise and we are proud to work alongside her.”