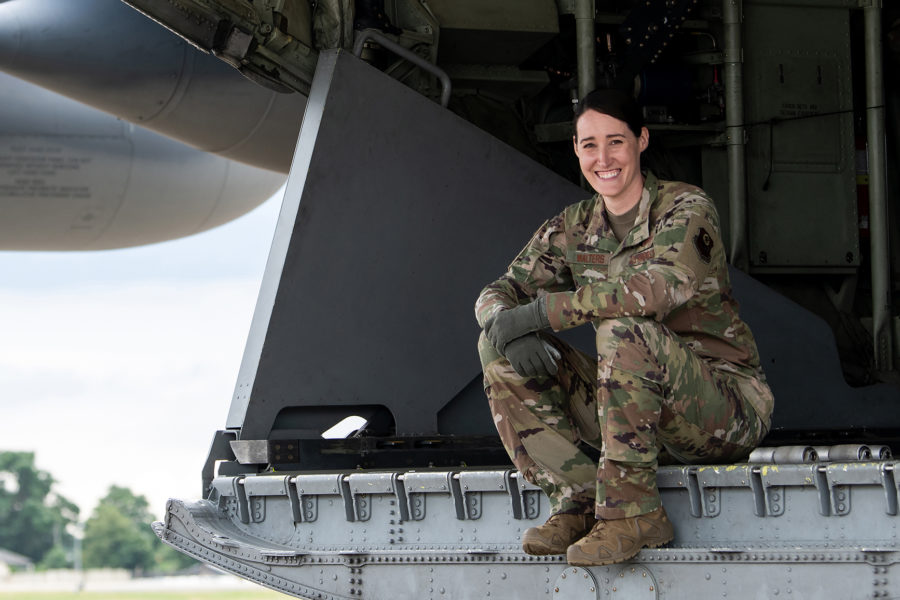 The Air Force’s 12 Outstanding Airmen of the Year for 2021 will be formally recognized at AFA’s Air, Space & Cyber Conference from Sept. 20 to 22 in National Harbor, Md. Air Force Magazine is highlighting one each workday from now until the conference begins. Today, we honor Master Sgt. Hannah Walters, an operations superintendent with the 67th Special Operations Squadron at RAF Mildenhall, U.K.

Walters led a 91-member team during a multinational exercise where she showcased interoperability between the United States and partner nations. Her leadership helped cement NATO alliances and counter adversarial efforts within the European theater.

She also orchestrated a remote-area survey and certified one forward area refueling point, two drop zones, and eight base facilities, paving the way for U.S. European Command to operate in the Arctic region.

Walters provided command and control for 24 air and maritime assets during a search and rescue mission. She also drove a CV-22 exercise that validated the wing’s afloat forward staging capability.