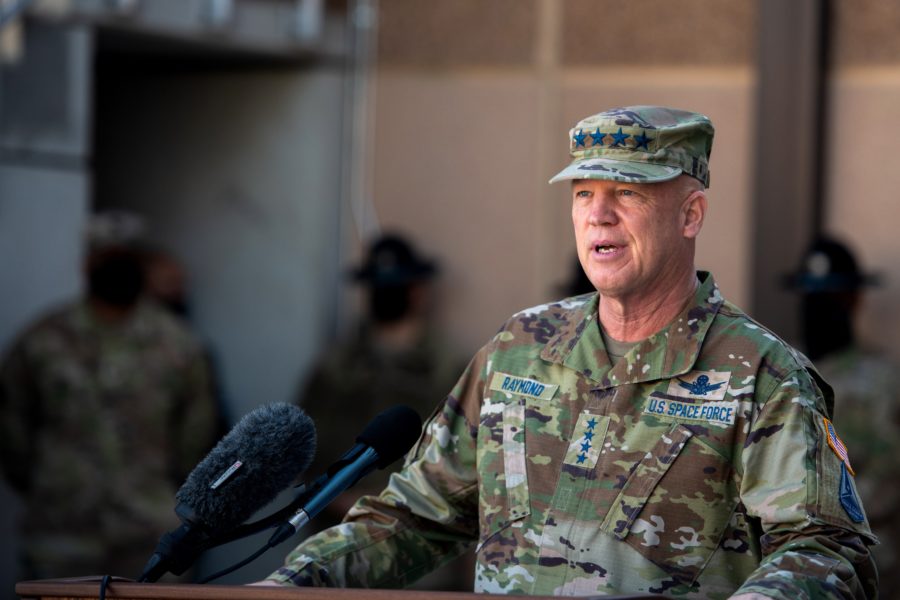 U.S. officials are trying to hash out the ground rules for extraterrestrial combat more than a year after standing up a Space Force to fend off threats on orbit.

There’s no one-size-fits-all answer for what actions by a satellite could be considered an act of war. Proportional response in a war that extends to space will depend on a broader context than earlier conflicts where the U.S. might respond to a barrage of rockets with its own airstrike, the Space Force’s top general said March 3. The U.S. could counter a satellite attack with a strike in cyberspace or against terrestrial facilities, for example.

“I think it depends on the strategic context that’s going on in the world,” Chief of Space Operations Gen. John W. “Jay” Raymond said during an event hosted by the National Press Club.

There’s no such thing as a “space war,” he said—it’s just war.

“How nations might choose to conduct operations in that war, that conflict, either on the sea, or in the air, or on the ground, or now in space, … is just integrated into that larger strategic conflict,” Raymond said.

That ambiguity may complicate global discussions of norms of behavior in outer space as more countries grow their civil, military, and industrial presence away from Earth. The Space Force is trying to drive that conversation to constrain bad behavior and shape a common understanding of what’s acceptable on orbit.

“You can’t put weapons of mass destruction in orbit, and you can’t militarize a planet, a celestial body. Other than that, there’s no rules,” Raymond said. “I’m not naive to think, if there was a set of norms of behavior, that everybody’s going to follow them.”

A recent report on space defense from the Center for Strategic and International Security pointed out that while countries are starting to see an attack on a satellite as an attack on a human, the best response to that threat may be no response at all.

“The challenge for space strategists is to anticipate how this gradual shift from space being more focused on information operations to physical operations will proceed,” the report said. “Further analysis and gaming are needed to explore gray zone competition in space and when it is advantageous (or not) to do nothing in response to an attack or threat of attack.”

Though the Space Force is quick to note the various technologies in development by China, Russia, and others that could look to damage U.S. assets, Raymond declined to talk about what offensive and defensive capabilities his service has in the works.

The CSIS report recommended the Space Force own “non-kinetic active defenses, such as onboard jamming and lasing systems, … to thwart kinetic attacks against high-value satellites.”

“A physical seizure capability should also be explored that could double as an inspector and on-orbit servicing satellite,” the report added. The U.S. last year criticized a Russian spacecraft, which Moscow says is an inspector satellite, for test-firing an anti-satellite weapon in space.

Raymond noted that the Space Force will debut its plan for streamlining the Pentagon’s many disparate space acquisition agencies in “another week or so,” and that he expects to see a Space Force dress uniform prototype in about a month. Officials will finalize which parts of the Army and Navy departments will transfer to the Space Force in the next couple of months as well, Raymond said—though service leadership has promised a shortly forthcoming decision since August 2020.

The federal government’s renewed emphasis on space superiority and exploration hasn’t waned under the new Biden administration, despite less discussion on the subject from the White House, Raymond said.

“This is not a political issue,” he said. “This is about our national security and the foundation of all instruments of national power, and I look forward to continuing our efforts to build this service.”