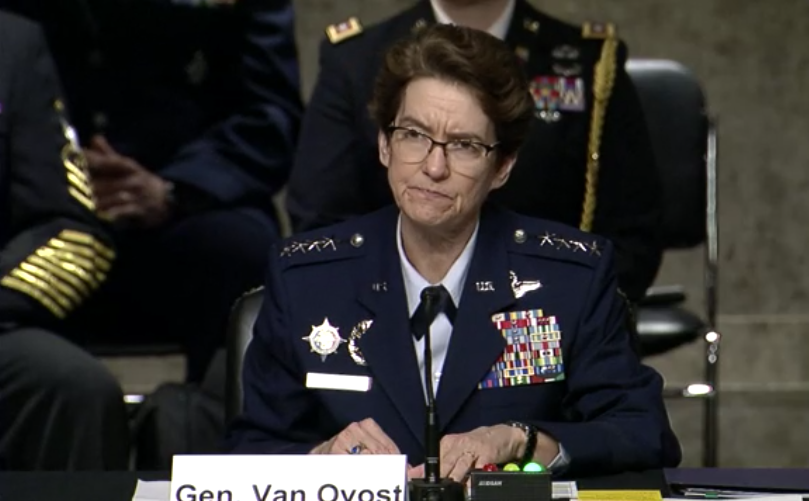 The military’s capacity to move people and objects around within single geographic combatant commands may have taken a back seat to other “mobility priorities” in recent years, but the commander of U.S. Transportation Command now sees intra-theater airlift as an “area of increased interest.”

“From a requirements perspective, intra-theater airlift has experienced some of the greatest change of all mobility priorities over the past few decades,” Van Ovost said in prepared testimony. She referred to C-130 fleet capacity, in particular, having fallen by about half “from a high of well over 500 aircraft” during Operation Desert Storm.

She attributed the dwindling focus on intra-theater airlift to the military’s having done away with “a ‘two major war’ sizing construct, as well as de-emphasis of other high priority global missions not associated with a major contingency as a force-sizing demand.”

The study took into account new intelligence and emerging concepts “in contested environment scenarios,” according to a statement issued by the command in July 2021 after the study’s completion. “We also assessed our adversaries’ capabilities and intent,” said Army Gen. Stephen R. Lyons, Van Ovost’s predecessor, in the statement. “We’ve advanced significantly in our analytic framework.”

In her prepared testimony, Van Ovost referred to a “complex new security environment” that will challenge the command’s “ability to deliver a decisive force for high-end conflict when needed.”

“The contested environment will present challenges that degrade our ability to exercise command and control of our forces, delay integration of our commercial partners in a timely manner, and disrupt the steady tempo of mobility operations,” Van Ovost said.

In reply to a question from SASC chair Sen. Jack Reed (D-R.I.) about mobility aircraft becoming long-range targets, Van Ovost said that in regions such as the Indo-Pacific and Europe, the command is taking the approach of “diverse and disperse.”

“We are seeing that we’re going to have more distributed operations in more locations, which will provide us that redundancy and resilience,” Van Ovost said. “So we are very much looking at how we do intra-theater disbursement at a time and place where we’ll be able to resupply the forces securely but keep it moving so they don’t become targets in the future.”

To address intra-theater airlift, TRANSCOM expects to publish results by this summer of ongoing research into “emerging warfighting concepts and future operating scenarios to evaluate mobility capacity along with other related variables.”

One future warfighting concept the study may take into account is the idea of cargo and refueling aircraft pitching in as bombers, such as in experiments in which cargo aircraft drop palletized munitions. While she was still commander of Air Mobility Command in 2021, Van Ovost said in a discussion with AFA’s Mitchell Institute for Aerospace Studies that mobility aircraft could “be a maneuver force inside the threat ring.”