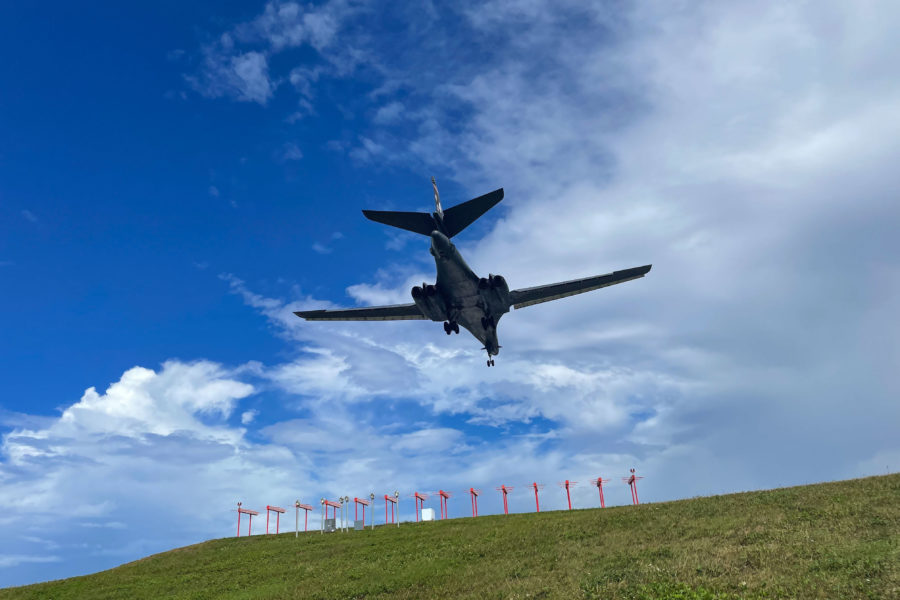 The U.S. is “clearly committed” to its plans to significantly improve its missile defense of Guam, a senior defense official said Nov. 3, expanding on a key theme of the recently released Missile Defense Review.

“Missile defense of Guam is a big deal,” John Plumb, the assistant secretary of defense for space policy, said at an event hosted by the Center for Strategic and International Studies. “It’s going to require persistent layered defenses. We have cruise missile threats. We have ballistic missile threats, general air threats. So doing that is a big issue, and we are very clearly committed to it.”

The U.S. territory in the Western Pacific is a major U.S. military and logistical center that may be within the range of Chinese missiles. The 2022 National Defense Strategy, released jointly with the Missile Defense Review for the first time, called China the “pacing threat” to America over the coming “decisive decade.”

If the U.S. were to enter a conflict with China, Guam would be critical to support U.S. operations. China has been increasingly aggressive in its claims over Taiwan. President Joe Biden has pledged to defend the self-governed democratic island that Beijing claims as its own. As the home of Anderson Air Force Base, as well as a major naval base, Guam is key to supporting large U.S. air operations in the Pacific. B-1 bombers and A-10 close air support aircraft have recently been operating from Guam, the westernmost part of U.S. soil.

“The defense of Guam, it’s clearly about China,” said Plumb, whose portfolio includes missile defense. “Just no beating around the bush. That’s what it is. Guam is a power projection hub for us. We have military forces there. We have U.S. citizens there, and we’re going to protect it.”

Guam is a U.S. territory, not a state, but the Missile Defense Review clarifies that it should not invite China or any other nation to view an attack on Guam, one-fourth of which is land owned by the U.S., as less significant.

“We’ve also very clearly stated an attack on Guam is, in fact, an attack on the U.S. homeland in case there had been any misunderstanding about that by the adversary,” Plumb said.

However, unlike the continental U.S., Guam does not have fixed air defenses. Currently, the island is primarily protected by an ad-hoc system of Army Terminal High Altitude Area Defense (THAAD) systems and Navy ships off its coast with Aegis systems.

THAAD “gives us protection from ballistic missiles, and some of the other missiles as well, but it is somewhat limited in scope,” Navy Rear Adm. Benjamin Nicholson told Air & Space Forces Magazine in June.

U.S. commanders have expressed a desire for a comprehensive system that can detect and destroy ballistic missiles, cruise missiles, drones, hypersonic weapons, and other threats. If the U.S. Air Force is to fight a high-intensity conflict in the Pacific, Guam will be crucial to stage, refuel, repair, and rearm aircraft. To counter threats to major hubs such as Guam, the Air Force hopes to adopt what it calls agile combat employment (ACE), or distributed operations. But the vastness of the Pacific ocean means constructing new airstrips in the region will not be easy and that Guam will play a significant role as the Air Force moves forward with ACE.

“I can’t get it soon enough,” Pacific Air Forces Gen. Kenneth S. Wilsbach said of improved missile defenses. “So I need them to push it up—hurry up and field those capabilities for them and for us.”

Those concerns have been heard by civilian leaders at the Pentagon and were formally backed up in the Missile Defense Review, Plumb insisted. The Department of Defense has proposed over half a billion dollars in fiscal 2023 to build a 360-degree, integrated air and missile defense system for Guam.

“We are going to fund that, and we’ve addressed it kind of head-on, and we’re investing in it to a significant tune, and we’ll continue to do so to make sure that we can do it,” Plumb said. “That is new because it’s the difference between saying we should do things and actually doing them.”

The top general in charge of the defense of North America delivered a sobering account of Russian and Chinese threats and described his command's ability to detect and defend against a cruise missile attack as little more than a "picket fence." The U.S. homeland is under the most significant threat…