Skip to content
A B-52 Stratofortress prepares to land at RAF Fairford, England, Aug. 22, 2020. The Department of Defense maintains command and control of its bomber force for any mission, anywhere in the world at any time. U.S. Air Force photo by Senior Airman Eugene Oliver.
Expand Photo 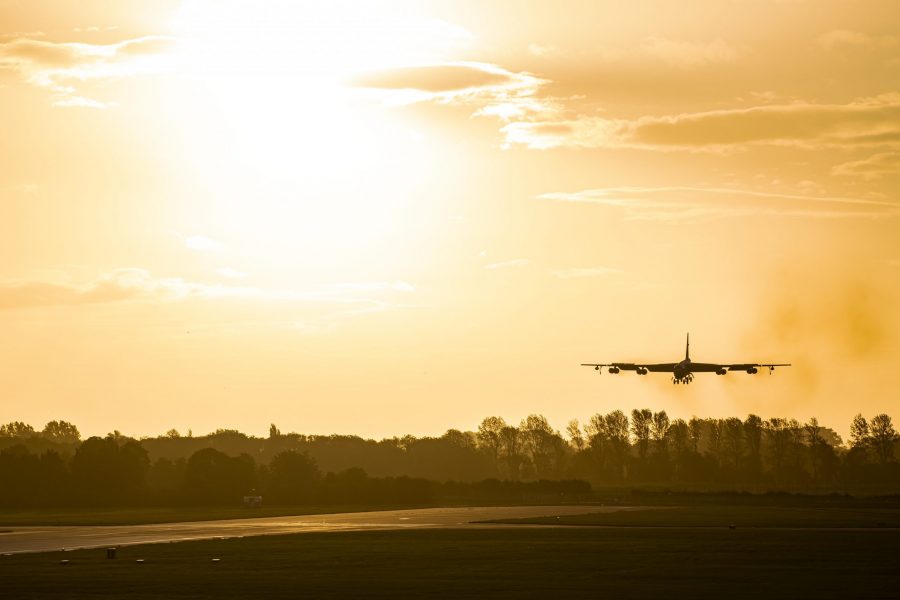 The Air Force sent two bomber task forces to the Pacific and Europe on Dec. 3, with a B-52 linking up with Greek and Norwegian fighters after another was forced to divert, and B-1s headed back to Guam.

Two B-52s took off from Minot Air Force Base, N.D., and were en route to the Barents Sea when one of the Stratofortresses experienced a maintenance issue and had to divert to RAF Fairford, United Kingdom. The remaining B-52 continued, and joined up with Greek and Norwegian F-16s along with U.S. and Turkish KC-135s for training, according to U.S. European Command.

That B-52 then returned directly to Minot in what was the latest in a series of long-range, round-trip missions to Europe from the continental U.S. These bomber task force flights help build “muscle memory to operate across Europe,” U.S. Air Forces in Europe boss Gen. Jeffrey L. Harrigian said in June.

The Air Force has regularly sent bombers to the Indo-Pacific, both on short-term deployments to the region and in round-trip flights from their home bases inside the U.S. The deployments are part of a new dynamic force employment model that replaced Pacific Air Forces’ Continuous Bomber Presence mission at Anderson Air Force, Guam, which ended in April.