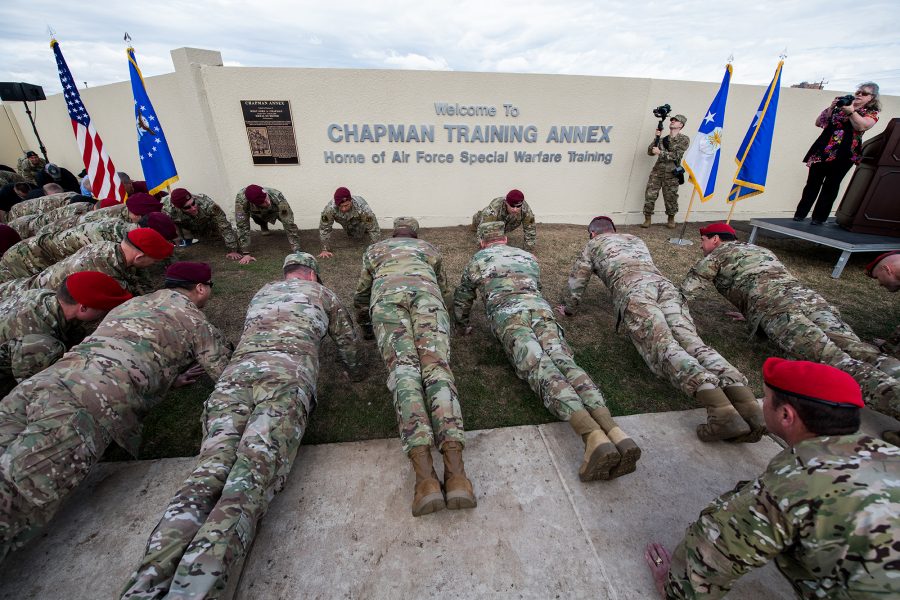 Long before Air Force Special Operations Command combat controller John Chapman exhibited the heroism that cost him his life, but earned him a posthumous Medal of Honor, he spent time at the Joint Base San Antonio-Lackland Training Annex in Texas, learning how to become a special operator.

On March 4, the annex—where the Air Force’s special warfare training is headquartered, where all enlisted Airmen undergo their initial combat skills training, and where Chapman’s AFSOC journey started—was renamed in his memory.

“Today we honor the tremendous courage, the selflessness, and the patriotism of Master Sgt. John Chapman,” said Air Force Vice Chief of Staff Gen. Stephen Wilson, the dedication ceremony’s keynote speaker. “Chapman was a great warrior, a steadfast friend, a selfless patriot, and, above all, a man of unquestionable character. For John, it was always about those on his left and those on his right—it was about others.”

“Each trainee will know John and learn about his actions,” Nessel said at the ceremony. “The operator has to want with every fiber of their being to become an operator. When doubts enter, one must remember John on that mountain top.”

This isn’t the first time Chapman’s legacy has been honored at a military installation where special operators are trained. Last year, a statue of him was unveiled and dedicated at the Benini Heritage Center at the 352nd Air Force Special Warfare Training Squadron at Pope Army Airfield, N.C., Air Force Magazine reported at the time.