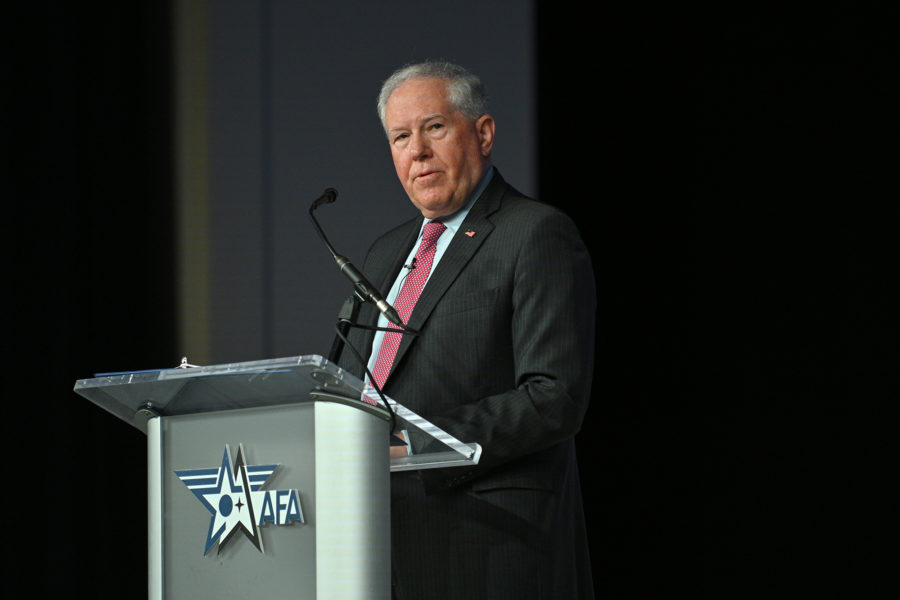 The Department of the Air Force will not cut Special Duty Assignment Pay for hundreds of Airmen and Guardians as previously planned.

Air Force Secretary Frank Kendall announced Sept. 19 at AFA’s Air, Space & Cyber Conference that he was cancelling the order that would have reduced the incomes of Airmen in more than 30 communities across the department at a time when inflation is already reducing buying power. The cuts would have gone into effect Oct. 1.

“The past several months of inflation have put unique pressures on the finances of some of our Airmen and Guardians in critical specialties,” Kendall said. “Our system for … special duty pay was out of sync with the rapid changes to our economy brought on by COVID and the invasion of Ukraine.”

Concern about inflation has been one of the top issues raised by rank-and-file service members, Kendall added.

“The DAF leadership knows we can’t expect Airmen and Guardians to give their all to the mission when they are worried about paying for gas to get to work, finding child care, and providing their family a safe place to live. That starts with compensation,” Kendall said.

Special duty pay, which ranges from $75 to $450 per month, is given to service members with extremely difficult duties that may involve an unusual degree of responsibility or military skill.

The 2023 budget, released in March, was set to reduce special duty pay for 22 groups, while that of another 11 would have been cut entirely. Most prominently, recruiters would have seen a reduction in pay, even as the Air Force battles a historically difficult recruiting environment.

“It’s tough to look at the Airmen and say, ‘Yes, we have tough economic times, but I’m going to cut your pay anyway.’ It is true that in the context of building the budget, sometimes you do lose touch, you lose some connection,” Allvin said. “And when we look at that, sometimes it’s framed, unfortunately, in terms of, ‘Well, do we want to be able to have the force we need in the future?’ And so we carve out little bits of money here and there to afford that next F-35 or to be able to do that development and testing. But that doesn’t resonate very well.”

In his speech, Kendall did not clarify where the money to restore the cuts would come from.

The communities that will no longer see cuts to SDAP include: