Skip to content
Chairman of the Joint Chiefs of Staff Army Gen. Mark A. Milley, shown during a March 2, 2020, Pentagon press briefing, was among the letter's signatories. Defense Department photo by photo by Lisa Ferdinando.
Expand Photo 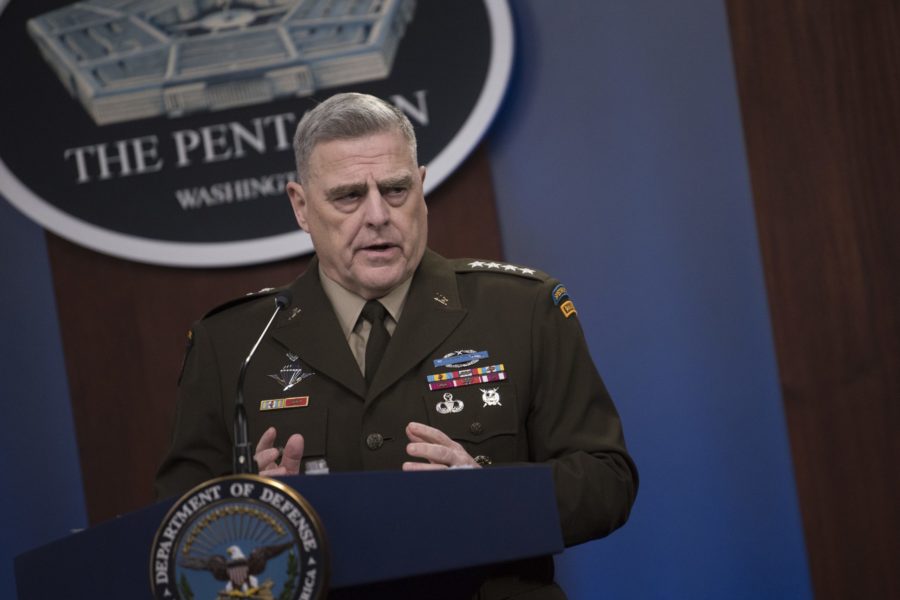 Just under a week after the U.S. Capitol Building was overtaken by rioters looking to interrupt the certification of electoral votes from the 2020 presidential election, the Joint Chiefs of Staff sent an internal memo to the joint force condemning the Jan. 6 attack and confirming that President-elect Joe Biden will be inaugurated as the 46th President of the United States on Jan. 20.

Six people died as a result of injuries sustained in the riot, including two Capitol Police officers.

“We witnessed actions inside the Capitol building that were inconsistent with the rule of law,” wrote the Joint Chiefs in the undated internal memo, a copy of which was obtained by Air Force Magazine on Jan. 12. “The rights of freedom of speech and assembly do not give anyone the right to resort to violence, sedition, and insurrection.”

The Joint Chiefs asserted that the military will continue to follow legal orders from its civilian leaders, backup civil authorities to safeguard “lives and property,” guarantee the safety of the American public, and protect and defend the U.S. Constitution “against all enemies, foreign and domestic.”

“Any act to disrupt the Constitutional process is not only against our traditions, values, and oath; it is against the law,” they wrote.

They also stressed that U.S. troops must epitomize the country’s “values and ideals,” and urged them to “stay ready, keep [their] eyes on the horizon, and remain focused on the mission.”

As of Jan. 11, a total of 6,200 National Guard troops were mobilized in the National Capital Region, with that number slated to climb to at least 10,000 by Inauguration Day, Air Force Magazine previously reported.